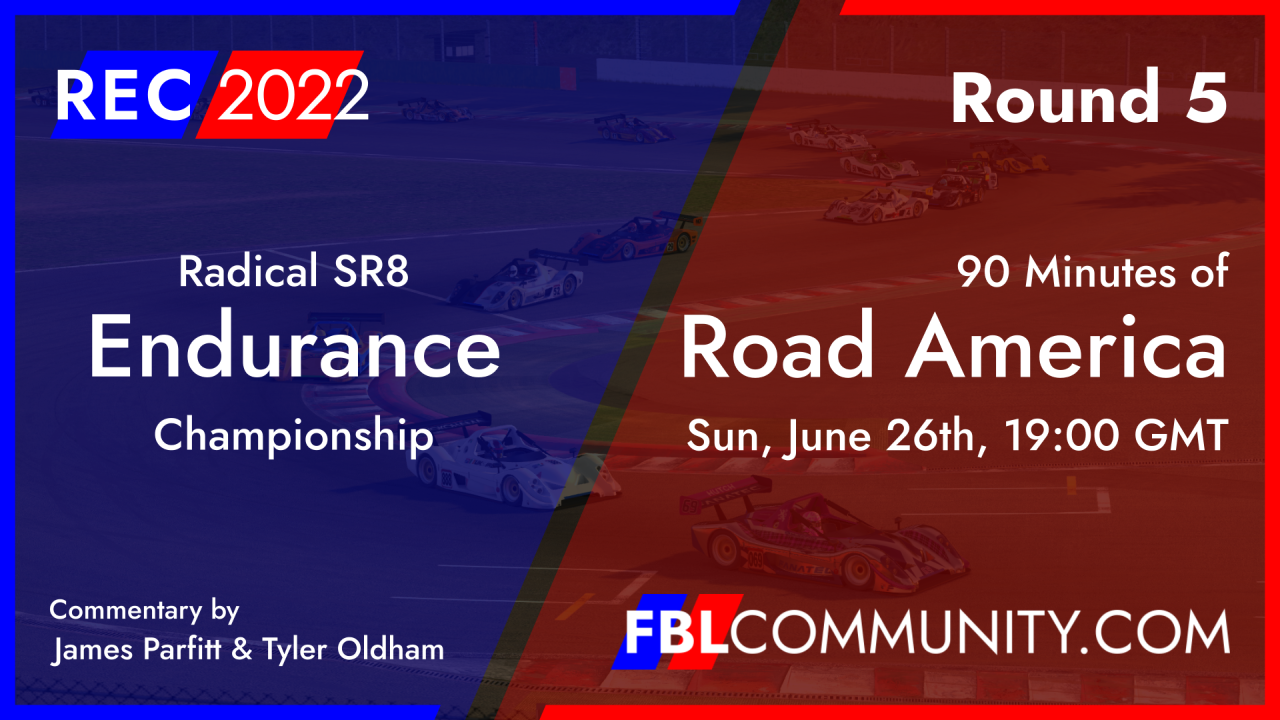 Come and check out James Parfitt Broadcasting and the FBL Community as they gear up for some Radical endurance racing on the iRacing platform.

James Parfitt Broadcasting is over at the FBL Community for some more Radical endurance racing in iRacing on 26/06/22, check him out as well as the league itself. Details and the stream is provided, yet more great leagues and diversity in the sim racing genre.