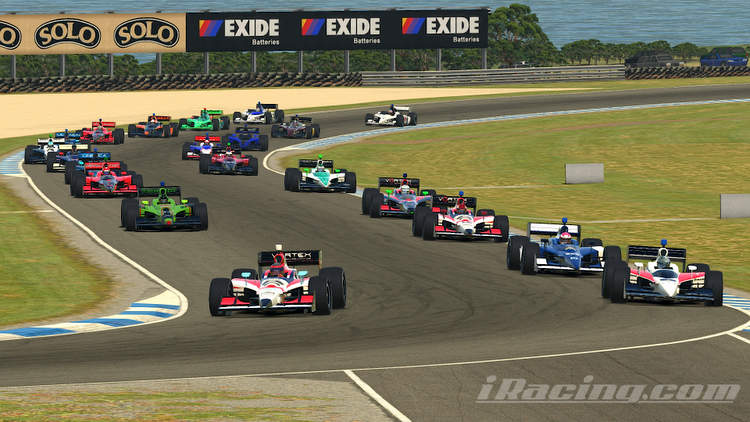 Eventually, the best ten performances will head to the championship. A striking feature of the 2021 season is the return of the oval-triple-crown with longer races at Michigan, Richmond, and the Indy 500.

If Robert Grosser is excited about one thing, it is the return of Paul Velasco, the founder of simrace247.com, after his brief stint in Classic Indycar Series 2015. Paul has been offering CIS exposure on his website, making the CIS known to a much bigger audience.

With a complete roster of 43 drivers, the new CIS season kicked off with Round 1 at Phillip Island on March 21. And, now we are looking forward to Round 10.

For the very first time in five years, Classic Indycar Series has returned to Michigan International Speedway. Numerous sportsbooks in the United States, like Betonline Sportsbook, also have odds and lines for the events currently. Of the 43 drivers, 23 qualified to move into the year’s second “oval triple crown” event.

Will Schwabauer (Iconic Motorsports) took the first career pole position before his teammate Joshua Baird. Additionally, the second row was occupied by Vesa-Jylha Ollila and Logan Simmons, drivers of Iconic Motorsports. So, that made it a 1-2-3-4. The debutant of the series, AJ Musselman, also entered the TOP5.

The first race started pretty smooth, even though hot track temperatures were expected to affect the race. After 28 Laps, the yellow flag was shown for a single-car spin, and drivers rushed to the pits for fresh tires as they were already quite worn out.

The race then resumed under green till Lap 74, right in the middle of the first round of green-flag pit-stops. The race shook up the standings a bit. Nevertheless, Schwabauer was still up and running in front, right behind his teammate Logan Simmons (the driver who leads almost 145 laps).

The attrition rate was also relatively low. Even after several green flag pit-stops, the stage was set ideally for an incredible finish. Unfortunately, the event also saw Logan Simmons being taken out of contention by a speeding penalty.

Some drivers also went to the pits for fresh rubber to take advantage of the extra grip. But the leads didn’t fail to keep their track position.

iRacing is genuinely a learning experience. A few people feel that sim racing is linked to accessibility issues for newcomers, and there is some truth to this. iRacing isn’t made for casual racing game fun. Instead, it is a time-intensive hobby. If you are used to games, such as F1 2020 and GT Sport, you will have to adapt a lot to survive in the situations.

Talking about the payment side, it is pretty crucial you have the right hardware solution that supports your endeavor of starting iRacing. Obviously, a wheel and pedals aren’t as costly as getting a gamepad in most cases.

Furthermore, you will have to put in some effort to find the right content you require. You will often be able to find discounts on iRacing for subscriptions or specific content. If you choose to stay patient, you will be able to save some money.

You will also have to spend some time getting used to iRacing. After that, you will be able to sort your way through the world of the series and ranks. To put it short, iRacing is challenging. However, it is fun once you get the hand of it.