Dramatic and furious racing at Darlington for the 2021 eNASCAR Playoffs in iRacing. Top drivers and great racing at it’s finest.

A caution in the closing moments of the scheduled 183-lap distance trapped the hard-charging deJong behind Bobby Zalenski and Ryan Luza, who had been on a different pit strategy and were attempting to conserve, as he attempted to reclaim the lead. But deJong’s advantage went away as almost the whole field pit for the green-white-checkered, and Zalenski outlasted his fellow Californian across multiple overtimes to take his 10th career victory, guaranteeing the Letarte eSports driver a spot once again in this year’s Championship 4.

“I can’t believe that happened!” Zalenski said after the race. “I usually don’t get those kinds of strategy calls to go my way, (but) I’m in the Championship 4 again. I didn’t expect to win this race. It’s a big relief, especially because the next two races are Bristol and Talladega. I didn’t see this coming at all, but sometimes luck goes your way.” 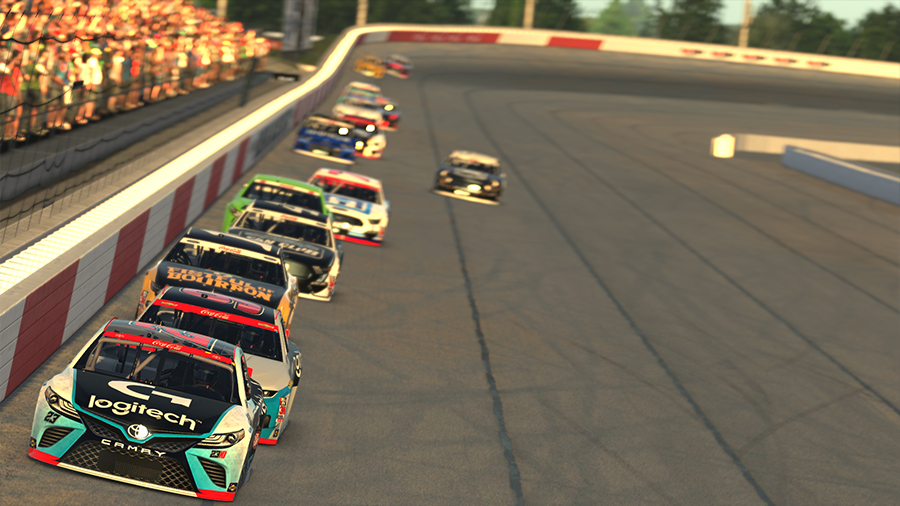 Tuesday night marked deJong’s fifth pole in 15 races this season, as he started alongside 23XI teammate and fellow playoff driver Keegan Leahy, who won at Darlington last year. But deJong, whose pair of victories this season came on road courses (at Zalenski’s expense), proved he was plenty motivated to finally take a checkered flag on an oval by checking out on the field in the early stages of the race. Only a pair of back-to-back cautions slowed down the race around midway, one seeing Kligerman Sport’s Bob Bryant spin in his first playoff race, and the other involving Zalenski and former Darlington winner Ashton Crowder of Elliott Sadler eSports.

The final laps were shaping up to be plenty dramatic, as differing pit strategies saw deJong and defending series champion Nick Ottinger work their way through a field of cars in conservation mode. But contact between Brad Davies and Garrett Manes with less than 10 laps to go threw a wrench in that works, and none of the front-runners wanted to take the risk of going through overtime on old tires and low fuel. 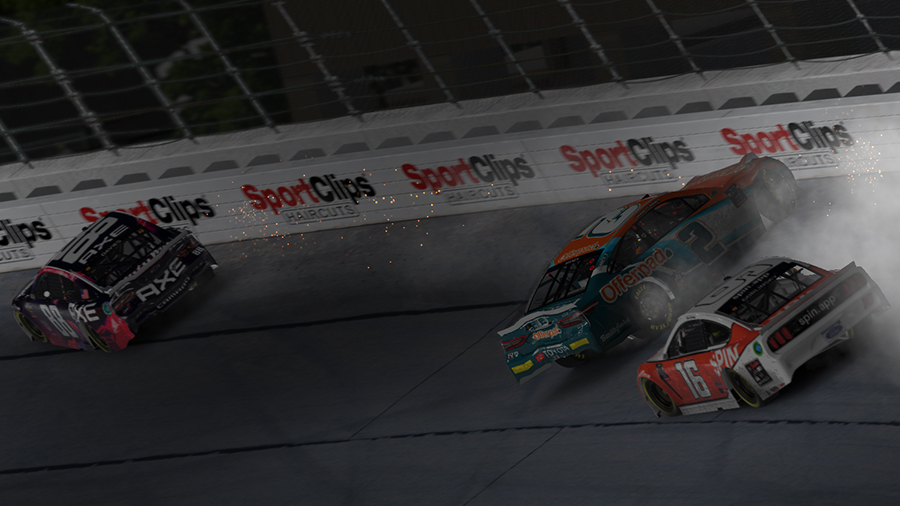 Spacestation Gaming’s Malik Ray stayed out to lead the field to the first overtime, but immediately pulled out of the way after starting the race to let the playoff drivers go; it proved not to affect the outcome as a stackup half a lap later led to another caution before the field took the white flag. The second restart was much cleaner, with deJong having a cleaner shot at Zalenski for the lead, but he wouldn’t be able to make the winning move work in Turns 3 and 4. Instead, Zalenski would cross the line first, scoring his second win of the year after a triumph at Pocono Raceway and taking the pressure off until the season finale at Texas Motor Speedway in October. 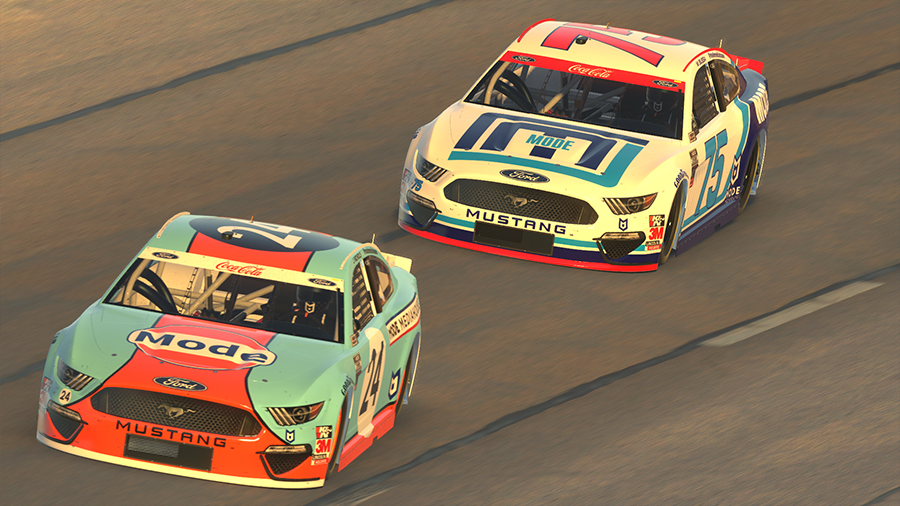 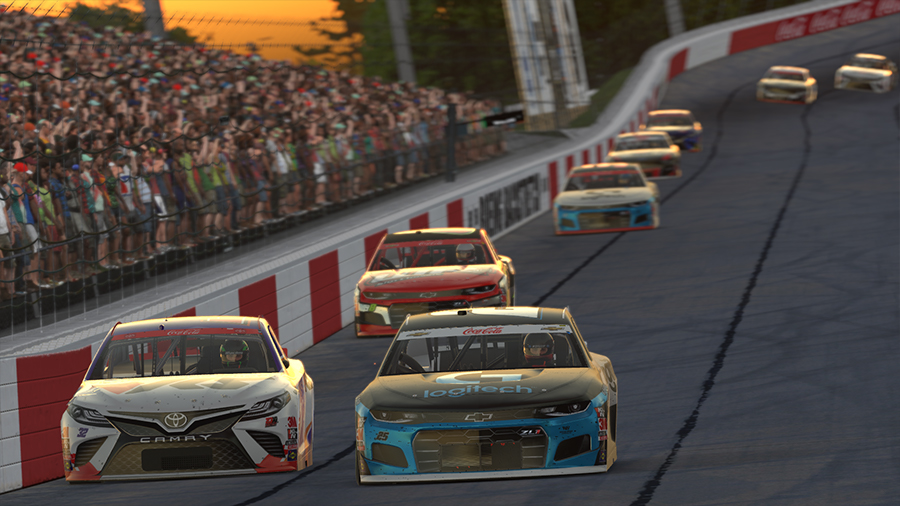 The eNASCAR Coca-Cola iRacing Series playoff grid is as follows:

The eNASCAR Coca-Cola iRacing Series playoffs continue in two weeks’ time at Bristol Motor Speedway, with any other playoff driver who can win that race guaranteed to join Zalenski in the Championship 4. As always, coverage begins with iRacing Countdown to Green at 8:30PM ET, with the racing action picking up at 9PM ET on eNASCAR.com/live and iRacing’s social media channels. Evan Posocco, Steve Letarte, and Parker Kligerman will be on the call for the remainder of the 2021 season. For more information on iRacing and for special offers, visit www.iRacing.com.