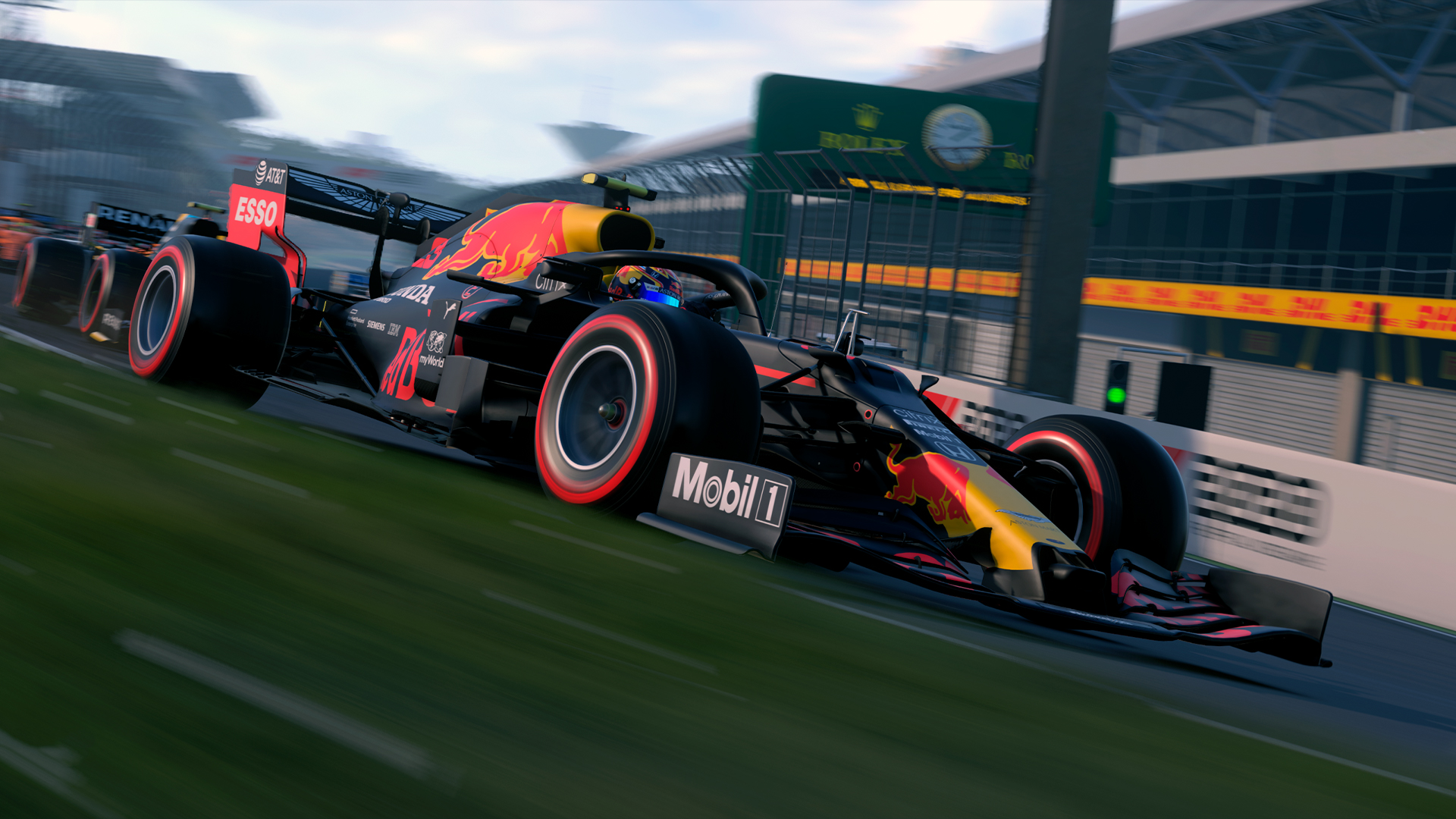 His teammate, and one-half of the Red Bull Driftbrothers, Johannes ‘Joe’ Hountondji finished 16th in his first F1 Esports race.

Alex started the race in fifth with Joe in 17th. The grid positions were decided by the results from the pro-driver Sprint Race with Marcel Kiefer and Frede Rasmussen lining up for the Team. Frede started 12th but was hit by a rival driver, ending his race in the pits and leaving Joe some work to do from the back of the grid.

Alex had a strong strategy, battled hard with Ferrari driver Dino Beganovic and crossed the line in third place. Joe was caught up in a collision at the start, but was able to avoid heavy contact and continued his maiden Virtual Grand Prix to cross the finish line in 16th.

Alex, Red Bull Racing Test and Reserve Driver and Wings For Life ambassador said, “The race was good fun again today and it’s a shame to have missed out on third in the championship but I’m pleased we raised some good funds for Wings For Life.

“Marcel and I decided to dress up in dinner suits for Valentine’s Day which made things pretty hot and sweaty by the end of the race! We started fifth on the grid but there was a big crash at the start and I ended up being held up by the car in front as he didn’t get ghosted like the others.

“It was a bit of a recovery drive and I had some good battles getting up to third. Joe also did a great job and he didn’t have much time to practice before the weekend. It was cool to race with him and hopefully he can teach me to drift sometime. It’s all for a good cause and I’ve had a lot of fun taking part in the series.”

Red Bull Driftbrother Joe Hountondji added, “This was a new challenge for me as I don’t usually drive cars in a straight line! I’m usually drifting round the corners so the step to Formula One, even on the sim was crazy.

“Learning the steering wheel buttons and functions was also totally new and I have to give a big shout out to Marcel who helped me get started with everything and avoid the rookie mistakes which gave me some consistency.

“I really enjoyed the race and overall it has been an amazing experience to learn a completely new discipline and I’m hooked, so I will be back. I think I will also be challenging Alex and Marcel to some drifting soon as well. I’m also pleased I could help raise funds for Wings For Life today while doing something so enjoyable.”