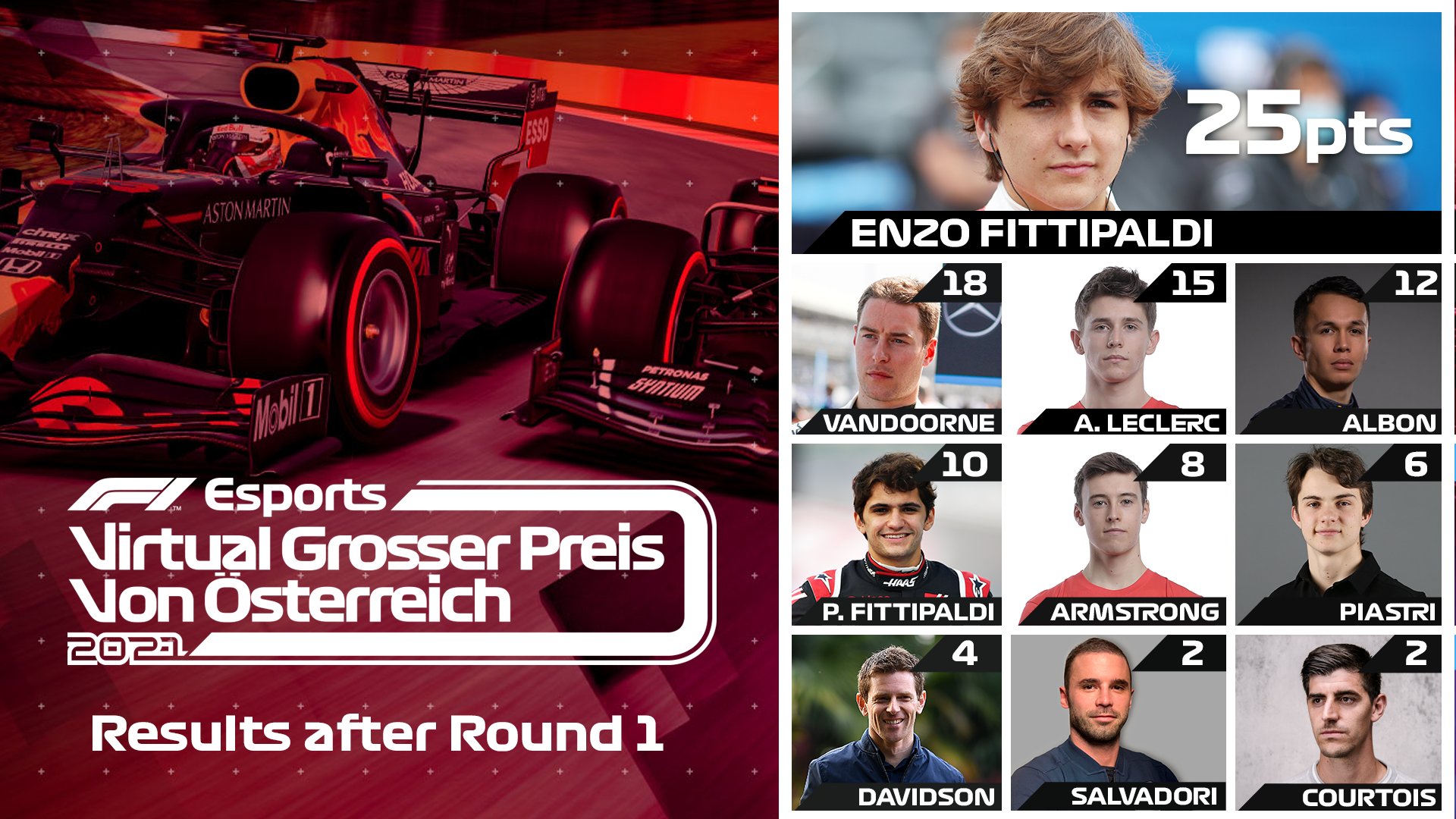 The 19-year-old won the 36 lap race around a video version of Austria’s Red Bull Ring after the starting grid was set in a sprint race featuring professional gamers from the F1 esports series.

Leclerc started third thanks to the efforts of double esports champion Brendon Leigh in his first race for Ferrari after leaving Mercedes.

Leclerc was passed by Fittipaldi on lap 28 and dropped to third at the finish, behind Mercedes’ Belgian Stoffel Vandoorne when penalties were applied.

The winning moment for @enzofitti 🤩🎉

The virtual Grand Prix series consists of three races on successive weekends, with the other two on virtual Silverstone and Interlagos circuits.

Formula 1 staged virtual grands prix with gamers, celebrities and some of the teams’ real drivers last year to provide entertainment while the season was on hold due to the COVID-19 pandemic.

The eight races staged were watched by more than 30 million people, according to Formula One, with Williams’ George Russell emerging as the winner.

This year’s races have a charity prize fund with teams’ winnings going to the causes of their choice.

The real Formula One season starts in Bahrain on March 28.