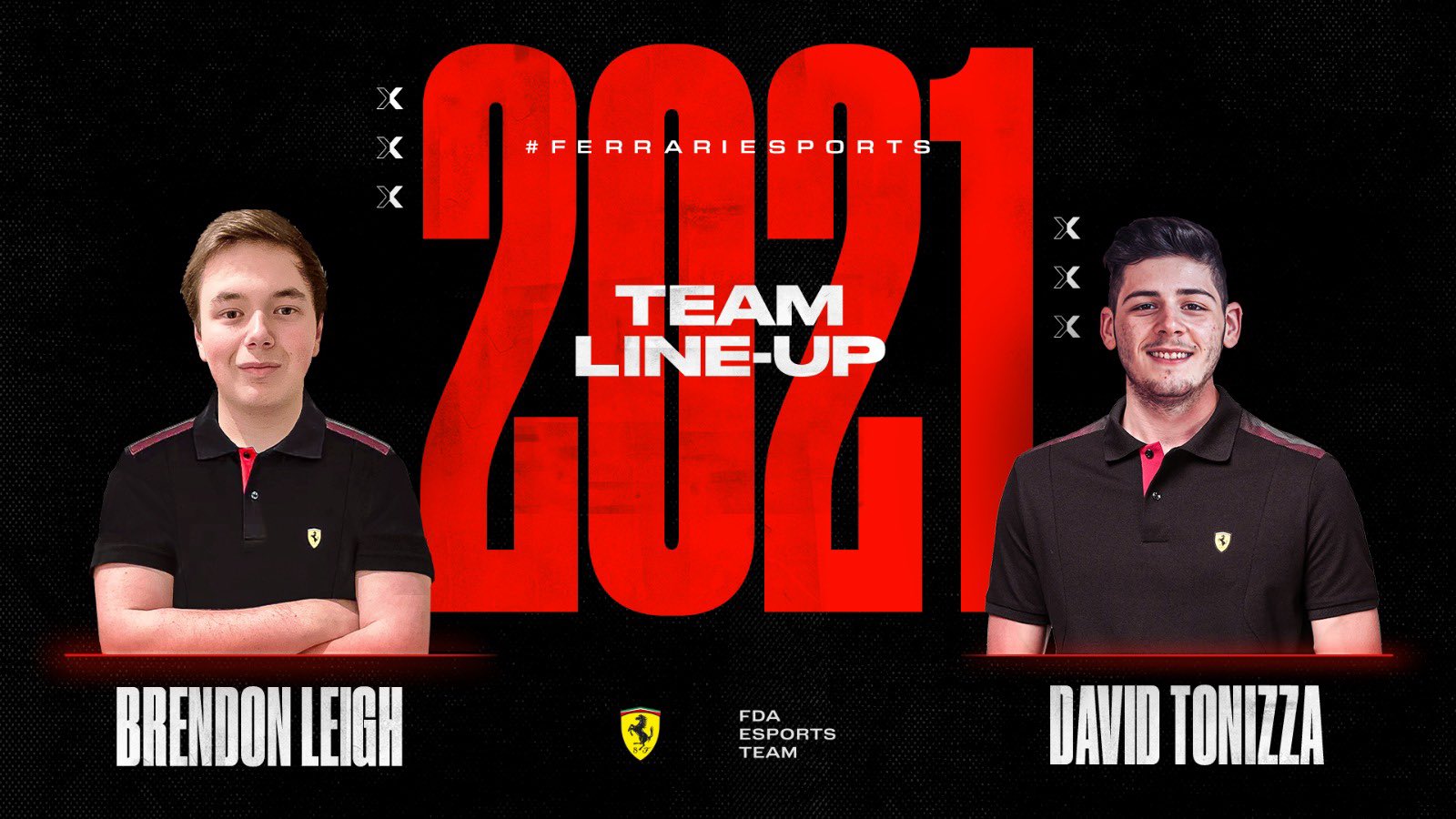 The Ferrari Driver Academy Esports Team will have a new driver line-up, as regular driver David Tonizza will be partnered by Brendon Leigh, the most successful sim driver ever in the F1 Esports Series.

Very strong team. The guy from Reading is the only sim driver to have taken part in every season of the F1 Esports Series and his experience should be a significant asset for the team, helping it progress while he and David Tonizza will also push each other.

Therefore, in 2021, the FDA Esports Team will boast the driver line-up with the most titles, three world championships and 15 wins. Tonizza, who goes by the nickname “Tonzilla,” was champion in 2019 and has five wins to his name.

Head to head in 2020. Given their track record, the new team-mates know each other very well and in 2020, they duelled point by point for sixth place in the championship, the Englishman, then with Mercedes, coming off best even though he had no wins to his name and “Tonzilla” had two

“My excitement in joining the FDA Esports F1 team is off the scale. I’ve only just signed, but it’s already clear to me that their passion and commitment to winning mirrors my own.

I get a sense of the unity within the team which makes it one big race-winning family. I can’t wait to get to work with the team and sport the red Ferrari colours.”

“The FDA Esports Team has decided to pin its hopes on the most successful driver in the history of the F1 Esports Series. Brendon Leigh has won the title twice and represents a unique combination of youth and experience and brings the right abilities to our team to tackle the upcoming challenges alongside David Tonizza.

David’s path has been very similar to Brendon’s, also winning the title at his first attempt. In 2020, he took two wins, proving to be one of the fastest in this category.

I’m sure that with this impressive line-up, we can once again fight for the Drivers’ title and also try and win the Team prize for the first time. David and Brendon share our will to win, our enthusiasm and the right attitude and effort required to put together a winning season.”