It was a successful season for the Logitech CZC.cz eSuba team. Its drivers dominated the opening phase of the Mercedes-Benz Virtual GP 2020 with GT3s and Simon Kovačič became this year’s champion. He was joined in the team by Petr Kužela, who helped to secure two team victories in the first two rounds of the season. However, both drivers struggled a bit in the single-seaters part of the year. Yet, together they managed to take 2nd place in the teams’ championship. 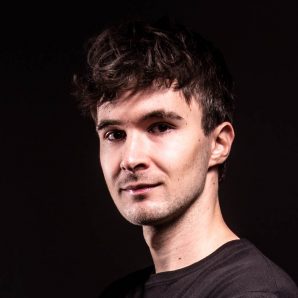 The season started dominantly for Simon Kovačič. Six races, six victories, four fastest laps and four pole positions. Simon had a good time with GT3s, but single-seaters in the second half of the season brought the first struggles. In Belle Isle, he was even forced to retire after a collision. It took until the final race at Suzuka, Japan, for him to clinch the championship title.

How does it feel? Last year, you won the Junior series, and this year, you are the new champion in the elite category.

Simon Kovačič: „It’s great. This year was my first in the elite category and I was just looking to prepare for the future. I didn’t expect to win it straight away, but I’m delighted.“

Where did that speed come from? And that dominant start of the season? Six races, six victories…

Simon: „I think that’s something that came with more and more experience. Last year, I wasn’t able to keep up with the fastest drivers until the latter part of the season. So, I think it is about gaining experience. Also, iRacing suits me well, and it’s a completely new platform for many drivers, especially those, who raced here in previous years. Thanks to that, it was all very competitive.“

What about the second half of the season? Why did it not go so well for you?

Simon: „Well, we switched to a pretty different car and maybe I had a bit of a different attitude. While in the first half of the season, I had to keep winning to build a gap, later I only had to maintain that gap and that wasn’t ideal. Looking back at it now, I would have chosen a bit of a different attitude. Also, it’s so easy to make a mistake with that car, without any ABC or traction control, so it forces you to drive more carefully.” 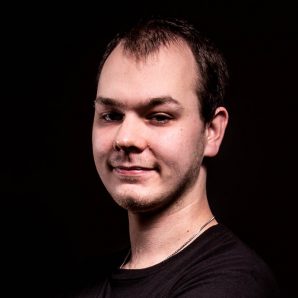 Kovačič was joined in the Logitech CZC.cz eSuba team by Petr Kužela. Just like his teammate, he also came directly from the Junior series. It all started well for him, as they together with his teammate won the first two team races of the year at Imola and Daytona. Petr then followed with three TOP 10 finishes. However, in single-seaters, Petr had a lot of bad luck. He ended the season in 7th place in the standings.

How did you enjoy your first year in the elite Virtual GP category? With the championship-winning teammate Simon Kovačič?

Petr Kužela: „The 2020 season was something new for everyone. For me, it was a very nice year, with some new things and I’m glad that I could be part of it! I enjoyed racing with Simon. He’s a great person and he knows what he wants. I couldn’t have wished for a better teammate.“

Have you fulfilled your expectations?

Petr: „Unfortunately, no. After the first few races, I aimed for the TOP 5 in the championship and to win the teams’ championship. And none of that worked out. The only thing I’m happy about is Simon winning the championship title.“

It seems like the GT3 car suited you more than the IndyCar?

Petr: „When it comes to driving, I did enjoy GT3s a bit more, and when it comes to results, then definitely GT3s! The IndyCar wasn’t bad to drive, but I really struggled on the track. Also, I didn’t have a good qualifying pace, though the race pace was much better. Thanks to those bad qualifyings I always ended up in some accidents. Wherever I went in the first lap, something was going on. Also, it’s easy to damage a single-seater and that was a huge problem for me. I had only one good race with the IndyCars out of six events, but that’s racing. I just hope that I spent all my bad luck on this season and the next one will be better.“