What we know about RaceRoom’s DTM Esports series 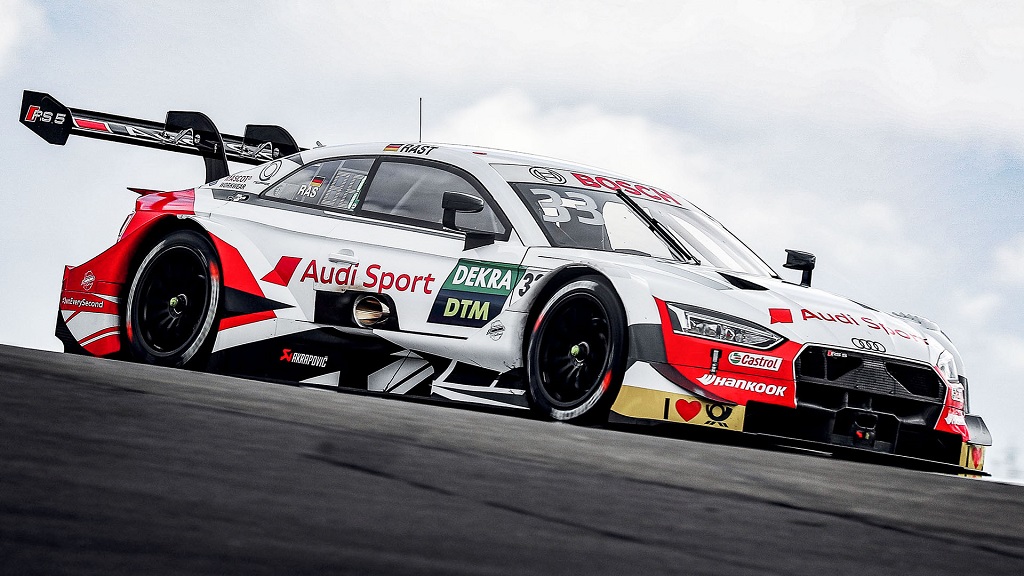 The DTM Esports Series is the German series’ first foray into the public Esports scene. The DTM is giving 18 sim-racers the opportunity to race wheel-to-wheel with six DTM drivers.

Teams will be made up of one DTM driver and three sim racers. There will be prizes up for grabs for the fastest sim racer and best performing team. The best team will get to drive a professional simulator, the chance to drive a real racing car and an international D racing license.

We’re chasing racing records: Before the start of the DTM Esports Championship, an online qualifier will take place for several weeks. From August 28 to September 13, all participants will have the chance to drive their fastest lap possible on three tracks in a leaderboard challenge. The drivers are collecting points depending on their ranking. Consequently, the top 18 of the Leaderboard qualify for the DTM Esports Championship.

Together with the professional DTM drivers, the top riders will then complete four rounds, each containing two races of 20 minutes. The fourth and final round consists of a special format: the Grand Finale.

Points are collected according to the DTM pattern:

In addition to the individual races, points can already be collected in the qualifying:

Each team consists of one DTM driver and three sim racers from the leaderboard who are assigned to the teams randomly. The DTM drivers act as mentors and provide guidance.

In total, the DTM Esports Championship is carried out with six teams. At the end of the racing series, an exciting prize awaits not only the best sim racer, but also the best team.

How to participate as a Sim Racer

Jump into your virtual racing car: The DTM Esports Championship is open to all interested parties above the age of 16 and is organized in cooperation with RaceRoom Racing Experience. To participate, you simply need to download the RaceRoom-Racing-Experience-Software for the PC on Steam free of charge and perform one of the top 18 racing times in the qualifier weeks from August 28th to September 13th. The vehicles and tracks are also available free of charge.

Drive on all three qualifier tracks as often as you like until you have completed your fastest laps possible. Your best laps on the three tracks will be added up to define your total time for your position on the leaderboard.

After the qualifier weeks, the best 18 drivers and thus the participating sim racers of the DTM Esports Championship are determined. They will receive an invitation by e-mail and have to confirm their participation.

Are you the next champion?

Join the qualifier sessions in RaceRoom for free from 28 Aug – 13 Sep, perform your fastest possible laps on three racetracks and set your best time among the top 18 to take part in the DTM Esports Championship!