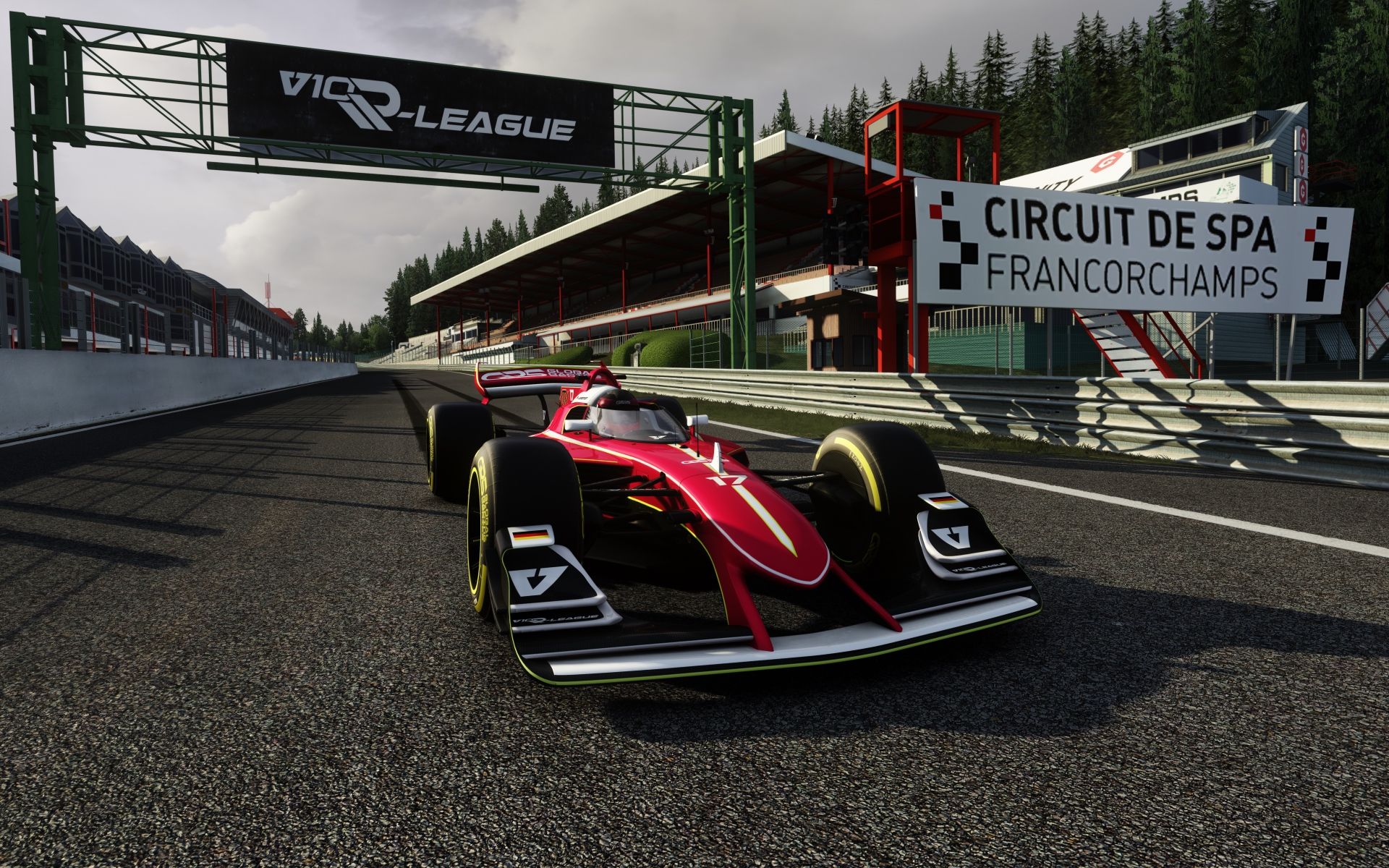 The Race continues to lead in hosting high-end, good for prime time sim racing events and have now added a brand new V10 R-League esports series, set to start later this month, which will have a unique format and be run with bespoke cars on Assetto Corsa.

The Race report on their site:

Under a league format, each team take part in seven ‘matches’ – competing head-to-head with each of the other teams once.

Each head-to-head event, or match, will be made up of three rounds with different forms of racing.

The first round will be a one-on-one race as both teams nominate one of their drivers to race per heat in a best of three heats system.

Round two is a relay race with all three drivers from each team involved.

It will be a six-lap race with each driver required to do two laps and then enter the pits for a driver change.

In the final round, all three drivers from both teams will race together in a six-car race with a 10-minute long qualifying session determining the starting grid.

The team that scores the most points in the final round gets one league table point, but if it’s a draw then neither team scores any points.

A totally new car has been designed for use in the esports competition, a single-seater with a V10 engine.

The league will be run on Assetto Corsa and will feature circuits such as Monza, Brands Hatch and the Nordschleife.

“We wanted to create a format that is as entertaining as possible for the viewer.” said Nick Westwood, executive producer at Gfinity.

“Each of our races require overtaking and both attack and defence strategy, they are short form, sprint challenges and teams will deploy drivers in different ways.

“For example one driver can be used to hold position, one to race off and make gains and one who can attack with aggressive overtakes.

“Much like Cricket did with T20, we want this championship to inject more drama and fun into racing.”

As yet, exact dates for when the matches will take place have not been given.