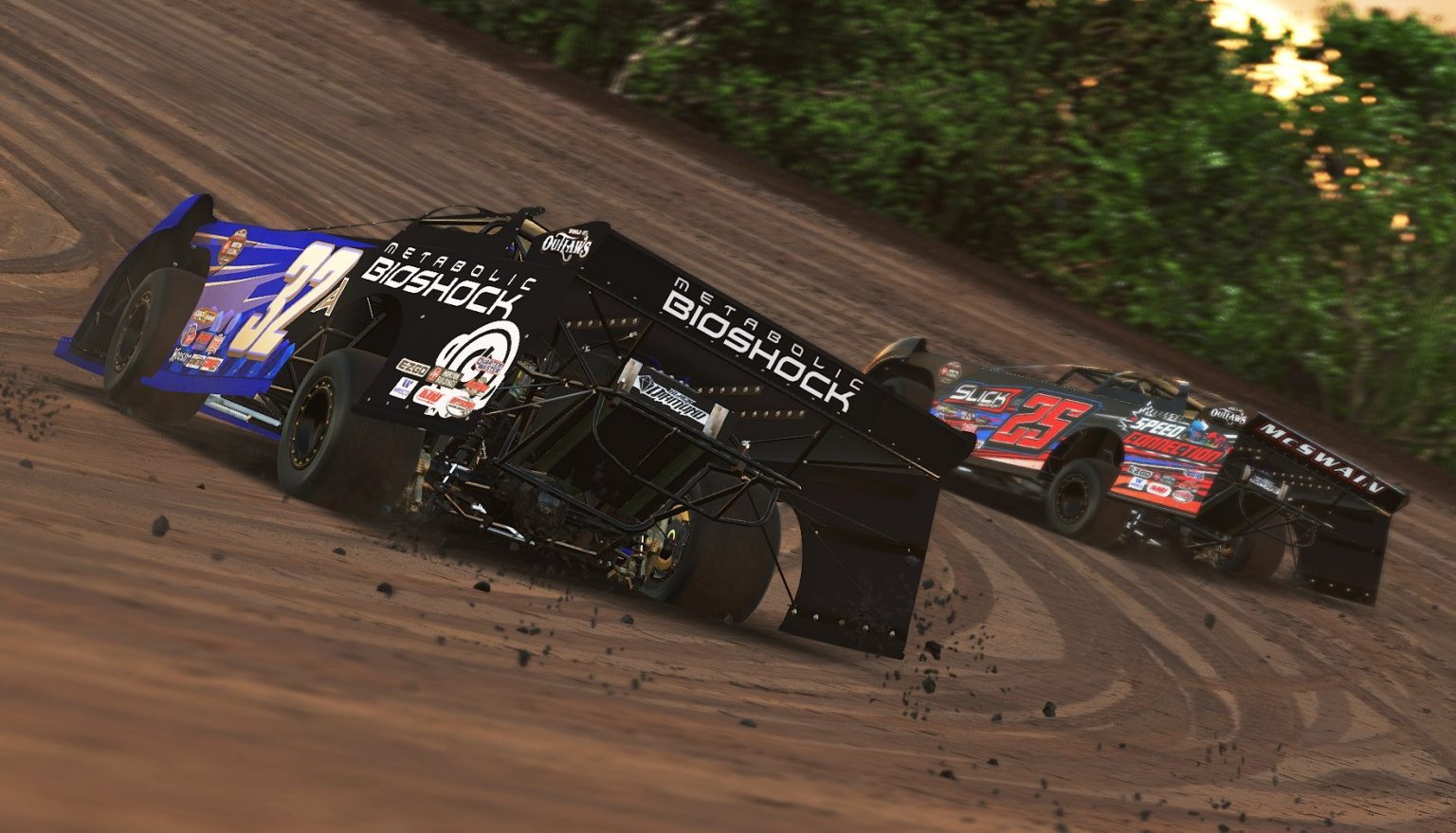 Four different drivers have taken victories to start the 2020 edition of the iRacing World of Outlaws Morton Buildings Late Model World Championship, as the series makes its only repeat stop of the season at Lernerville Speedway tonight. That leaves a huge question on everyone’s minds: will we finally get a repeat winner as well?

Drew Hopkins hasn’t yet replicated the magic of his surprise debut win in the opener from Volusia Speedway Park, but Lernerville I winner Hayden Cardwell, Limaland winner Dylan Houser, and last week’s Eldora winner Blake Matjoulis are all familiar with the top of the points tables. Cardwell has spent the entire season in the top three in points thus far, and dominated the field last time out at Lernerville by winning a caution-free event by well over six seconds.

But the track showing up twice on this year’s schedule doesn’t guarantee a repeat winner by any means. Lernerville’s lack of an outside retaining wall around most of its .40-mile oval means that drivers pushing the limit can easily jump the cushion and find themselves out in no man’s land, ending any hopes of a decent finish. And if this spring’s NOS Energy Sprint Car World Championship is any indication, we may not even see any repeat podium finishers; James Edens and Alex Bergeron, the eventual top two drivers in the championship, may have won those two races, but neither could conquer the track in both of its events.

That’s good news for incoming points leader Evan Seay, who was Matjoulis’ top challenger at Eldora, and rookies Dylan Wilson and Devon Morgan, who enter the night second and fifth in series points, respectively. All three finished seventh or better in the first Lernerville race, with Seay’s runner-up finish the best of the bunch. Don’t count out Bergeron and Edens, either; they’re among the drivers running both series this year, and currently sit at eighth and 14th in the standings.

iRacing World of Outlaws Morton Buildings Late Model World Championship action at Lernerville Speedway kicks off at 9PM ET. As always, the action can be seen live on the iRacing eSports Network on Facebook, Twitch, and YouTube. The second half of the season kicks off next Monday at Kokomo Speedway, where Matjoulis took the checkered flag last year.