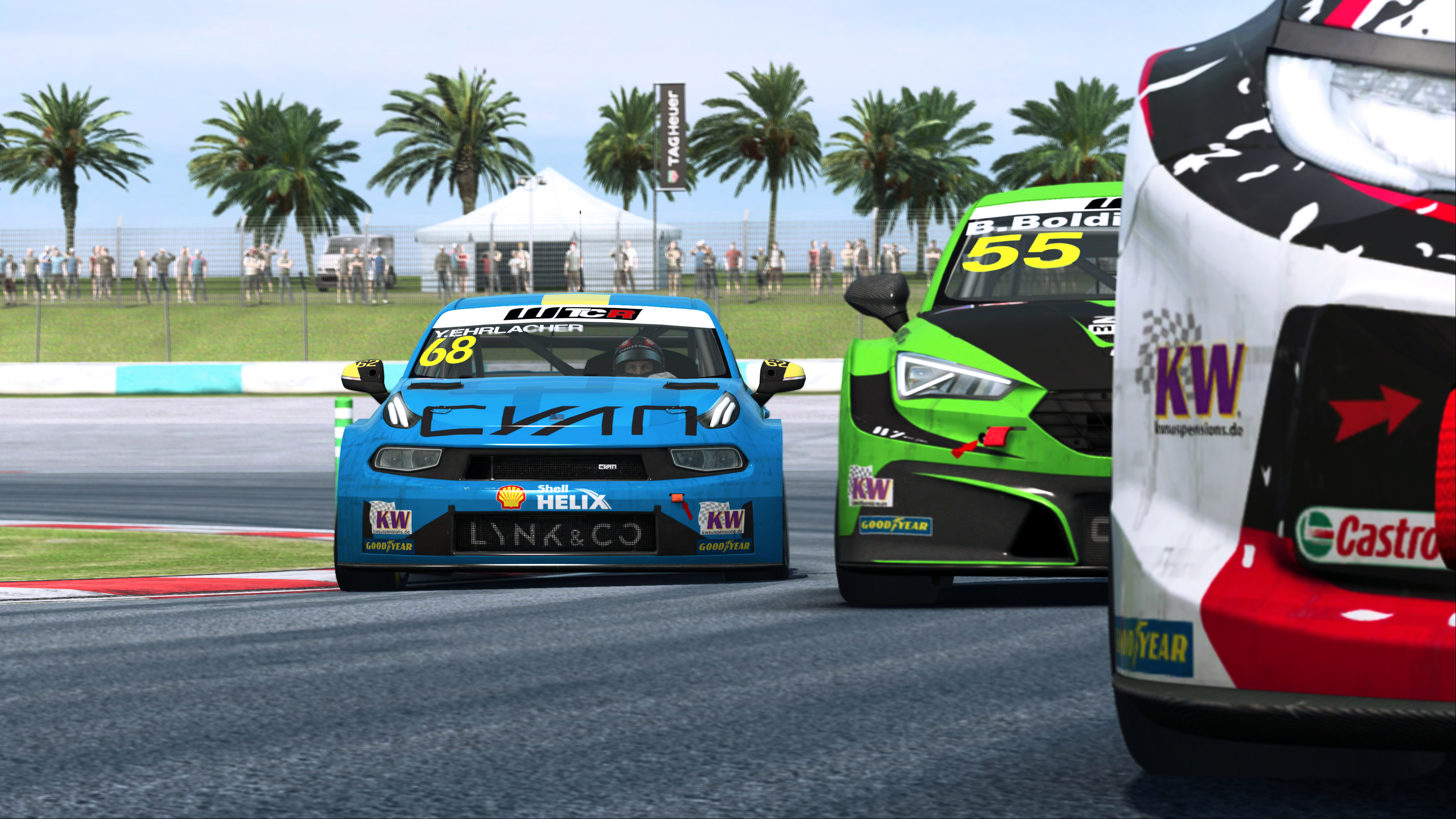 Yann Ehrlacher is the virtual King of WTCR after he came out on top of a seven-way showdown for the Pre-season Esports WTCR Championship at an online Sepang International Circuit on Sunday night, a timely boost ahead of WTCR − FIA World Touring Car Cup season getting underway in September.

As was the case when the real WTCR visited Sepang last December, the destination of the title wasn’t settled until the finish of the final lap, with the Cyan Racing Lynk & Co-run Frenchman Erhlacher’s seventh place in Race 2 securing the title on the RaceRoom Racing Experience Platform by five points ahead of the real King of WTCR, Hungary’s Norbert Michelisz.

Michelisz, who took the Race 2 victory for BRC Hyundai N LUKOIL Squadra Corse, beat Argentina’s Esteban Guerrieri (ALL-INKL.COM Münnich Motorsport), the Race 1 winner, to second in the final standings by a slender one point. Guerrieri finished second to Michelisz in the real-life WTCR standings in 2019.

CUPRA Racing’s Spaniard Mikel Azcona looked set to start the deciding race of the series in title contention until he was handed five penalty points by stewards just before Race 2 began for a driving infringement in Race 1.

That decision put him out of the championship fight but he responded by completing the Race 2 podium in third place to clinch fourth in the final standings ahead of Slovakia’s Mato Homola (BRC Racing Team) and Argentina’s Néstor Girolami (ALL-INKL.COM Münnich Motorsport).

Girolami finished second behind team-mate Guerrieri in Race 1 with Ehrlahcer a distant, but hugely significant third. He knew that providing he could finish Race 2 in P11 or higher he’d be champion.

In the event, seventh would be enough for Ehrlacher after Michelisz was delayed in Race 1 going off-track following contact and finishing down in eighth.

Guerrieri gave it all in his bid to catch and pass Michelisz from seventh on the grid but ultimately ran out laps and had to settle for second, as Michelisz was able to capitalise on his front-row start.

Sepang’s action-packed double-header will be replayed on the WTCR’s social media channels from 09h00 CET on Monday (20 July).

Sepang race results at a glance:

“First I want to congratulate everyone who took part to this championship, it was nice to see so much WTCR drivers or ex-drivers joining the series. Thanks to the organisation, it was very nice to drive in this championship with all the guys. It was tough, I spent hours to fix my simulator to recover from the pre-season I did. I’m pleased to start the ‘2020 season’ this way, even if it’s only virtual, it’s always good to bring a virtual title at home. Now I’m looking forward to the real one to start, and I hope for the same result!”

The 2020 WTCR − FIA World Touring Car Cup is set to begin with the inaugural WTCR Race of Austria at Salzburgring in Austria from 12-13 September.