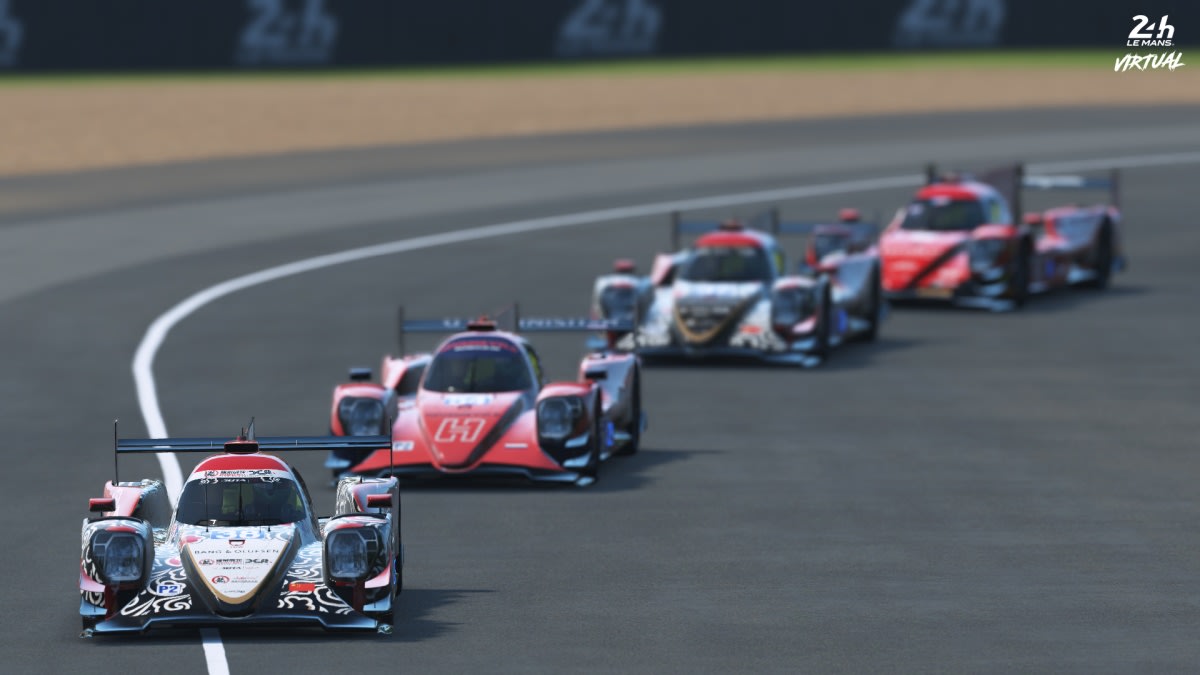 The rFactor 2-based event brought together 200 drivers from 37 different countries, racing on 170 simulators worldwide in 50 entries (30 LMP and 20 GTE) on the iconic Circuit des 24 Heures in Le Mans, France.

With the 88th 24 Hours of Le Mans being postponed until 19-20th September due to the COVID-19 global pandemic and no track action due until July, it was decided to stage an esports event which brought together the world’s best professional drivers and teams with sim racing’s own elite. The event was won by Rebellion Williams Esport, with the Porsche Esports Team taking victory in the GTE category.

The 24 Hours of Le Mans Virtual hit all the right notes in terms of a star-studded grid, a captive and hugely engaged audience worldwide, in part due to current travel restrictions, plus a slick and authoritative, TV special which was centred around the race.

A massive cumulative audience of over 14.2 million enjoyed the 25-hour show in 57 different countries worldwide on mainstream channels such as Eurosport, ESPN, Sky Sports and J-Sports. Together with social media impressions of almost 49 million, it boosts the figures far beyond all previous championship records.

Some key facts and figures:

Bringing the excitement and exhilaration of the world’s most famous endurance race to a new generation of fans around the globe, the 24 Hours of Le Mans Virtual demonstrated the huge growth and potential of esports, as already seen in more modest figures with the Le Mans Esports Series.

Pierre Fillon, President of the Automobile Club de l’Ouest (ACO): “This first edition of the 24 Hours of Le Mans Virtual was indeed worthy of the Le Mans name, and it perfectly captured all the excitement, tension and magic that is seen in real life at the Circuit de la Sarthe every June. Our congratulations to all the competitors and all the teams who made this incredible event possible.”

Gérard Neveu, CEO of the FIA World Endurance Championship and Le Mans Esports Series: “Such an event would not have been possible without the enthusiasm and belief of all our partners, starting with the ACO and Motorsport Games and our competitors plus our commercial partners who allowed us to capitalise on this event and share it on a global basis. A huge thank you to everyone involved, especially the fans and the organisation team.”

Dmitry Kozko, CEO of Motorsport Games: “The 24 Hours of Le Mans Virtual illustrated just what is possible when the worlds of motorsport and esports meet in perfect synergy. The co-operation, dedication and partnership of everyone involved in the project enabled us to take racing esports to the next level. The biggest teams and drivers in racing and in esports were quick to see the potential of the event and that is reflected in these stunning results.”