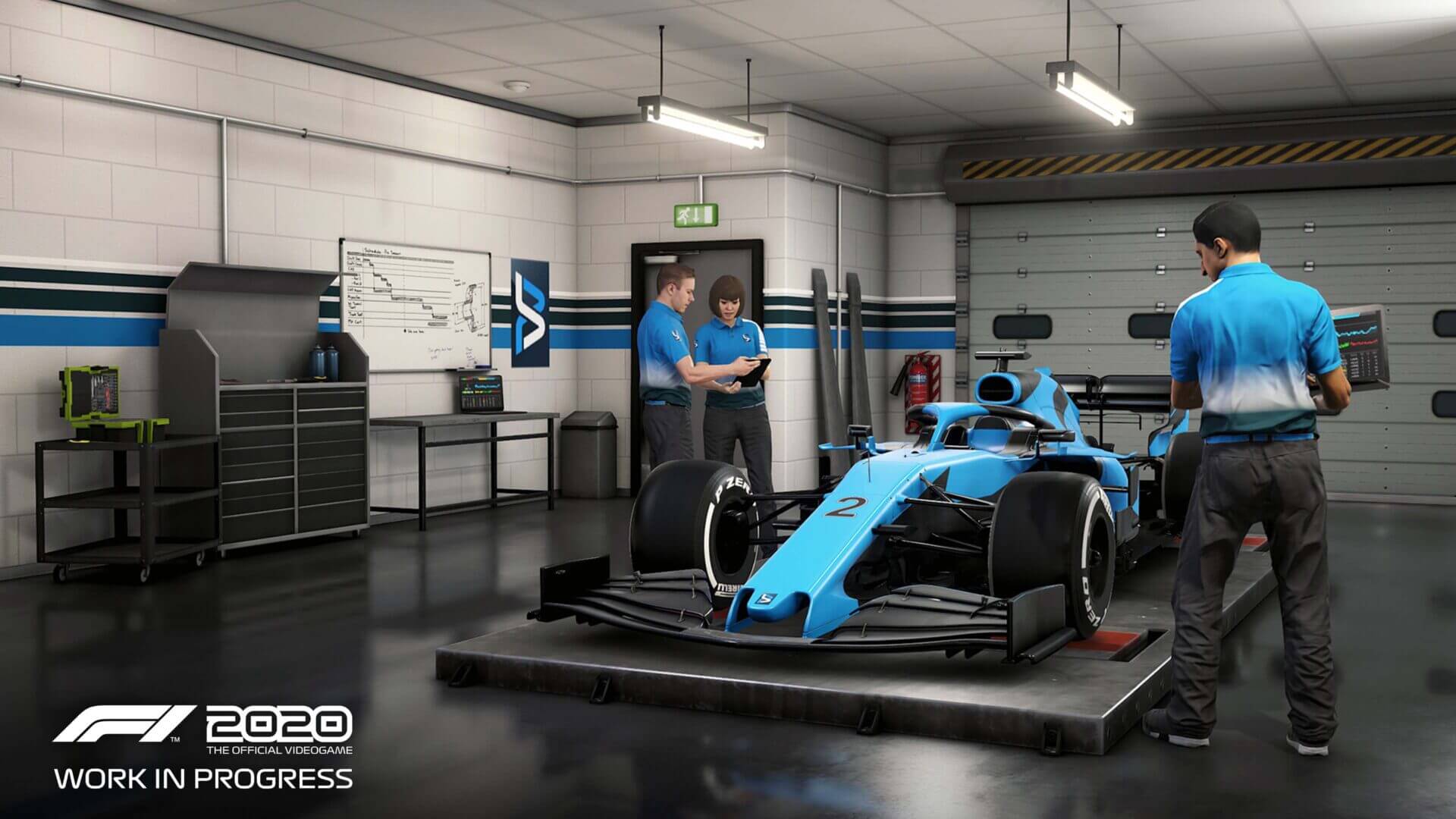 The latest F1 game is nearly upon us, coming on July 10 (or July 7 for Schumacher edition buyers) to PS4, Xbox One, and PC. As the anticipation builds, Codemasters has spilled the beans on one of the most interesting additions seen to date in the F1 series: My Team.

My Team is a player-manager mode for F1 2020. It’s an all-new feature which puts the player into a Jack Brabham-style role, as both the team boss and number one driver for an F1 team. Your squad will join the grid as an 11th entry, to race against the established names from the 2020 field.

To start with you’ll need to build your car. You’ll have a generic 2019-season F1 car, for which it’s your job to create a livery, along with your preferred color scheme (purple? Purple) and team logo. Also important are your sponsors. There’s a number of sponsors who’ll funnel money into your fledgling team, but they come with certain performance conditions — some want you to hit certain points tallies, others require a high position in the championship. 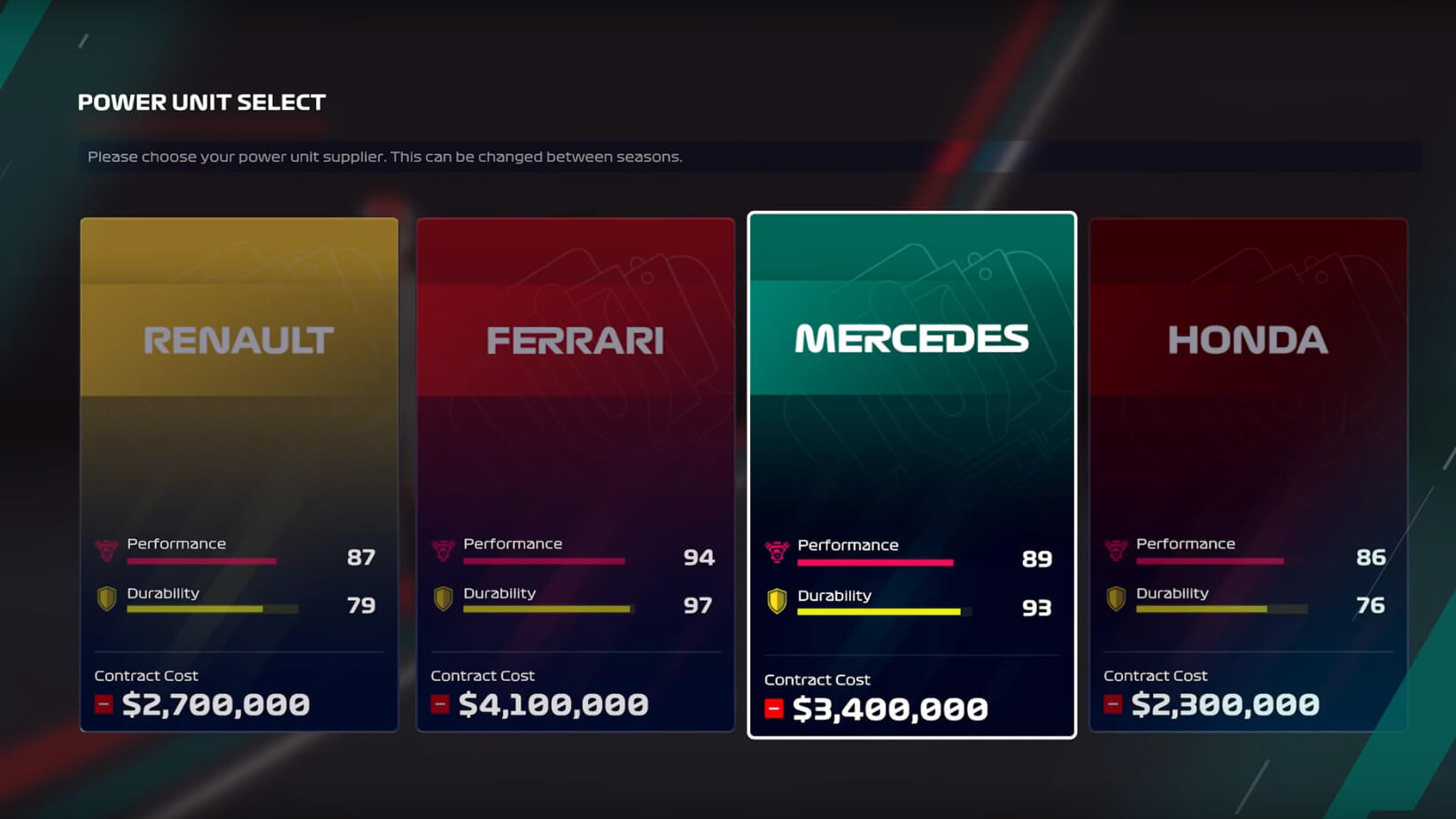 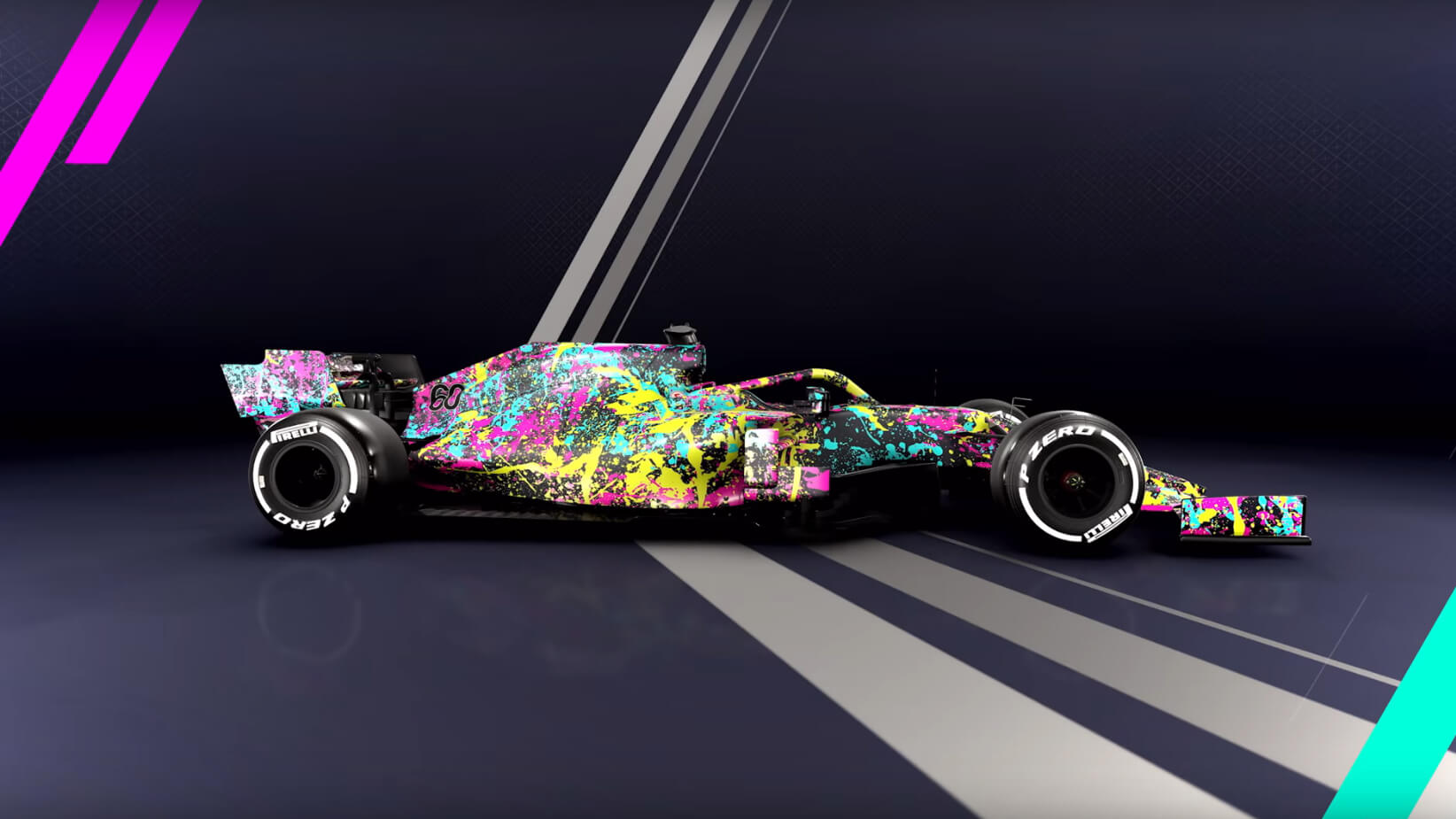 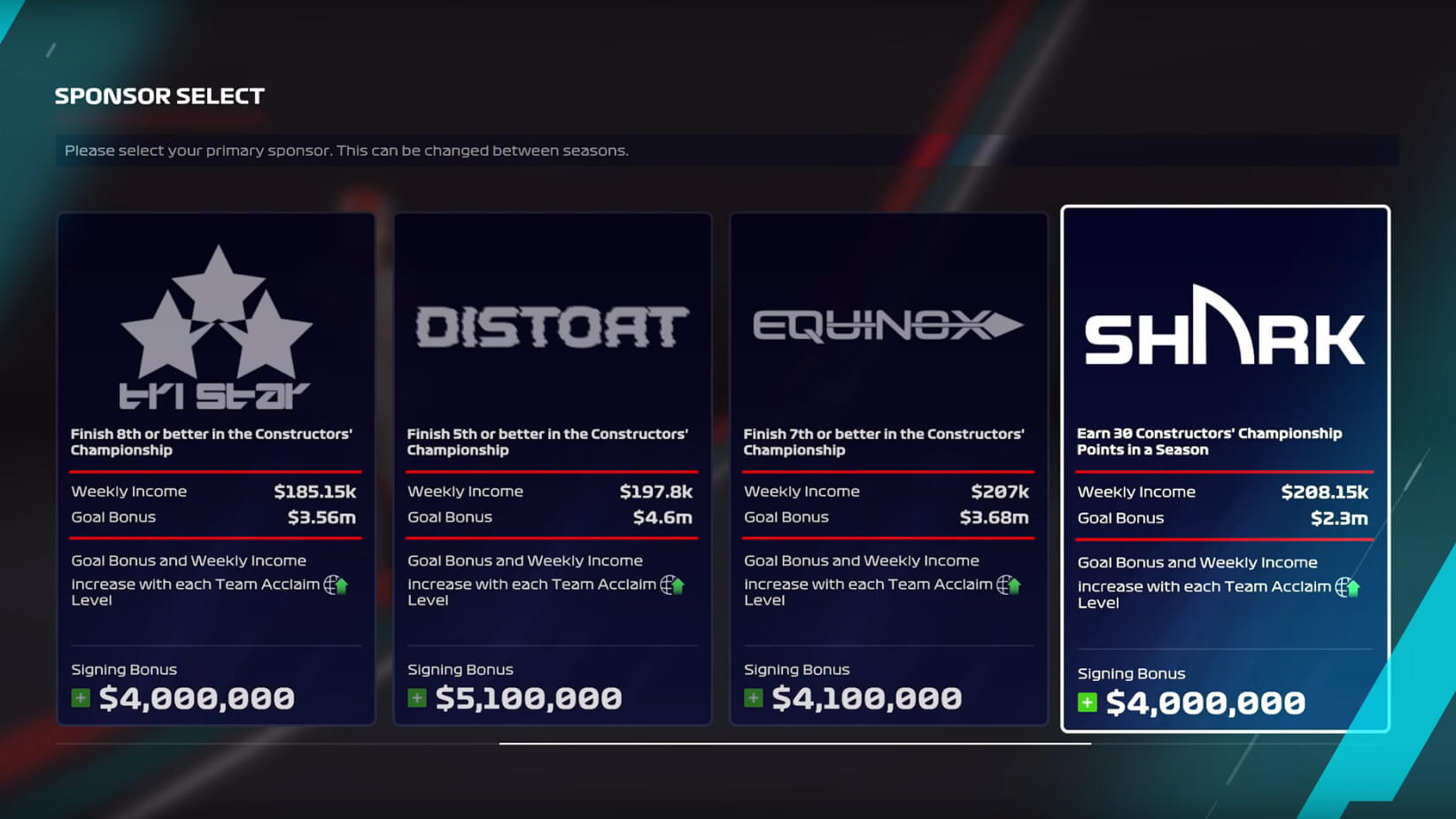 With your budget set, it’s time to build up your team. You’ll need to pick an engine supplier first, from the existing choices of Mercedes, Ferrari, Honda, and Renault. Each has a performance and durability stat, and a cost associated with them. From there it’s time to pick up a team-mate.

You’ll be your own team’s lead driver — it’s a perk of the job — but you’ll need a rear-gunner. That means hiring another driver, and at first your budget won’t quite stretch to a current F1 racer. Your only choice is a 2019-season F2 driver. As detailed in an earlier article every driver on both the F1 and F2 grids comes with a set of driver ratings.

To get the best second seat driver you can you’ll need to consider their abilities, contract buyout cost, and salary. That’ll help you towards your sponsors’ goals, and your own team’s success. Codemasters has come up with the stats by analyzing driver performance over the last five seasons, and also confirmed that the ratings are dynamic, so your driver can improve — or devolve — across the season. 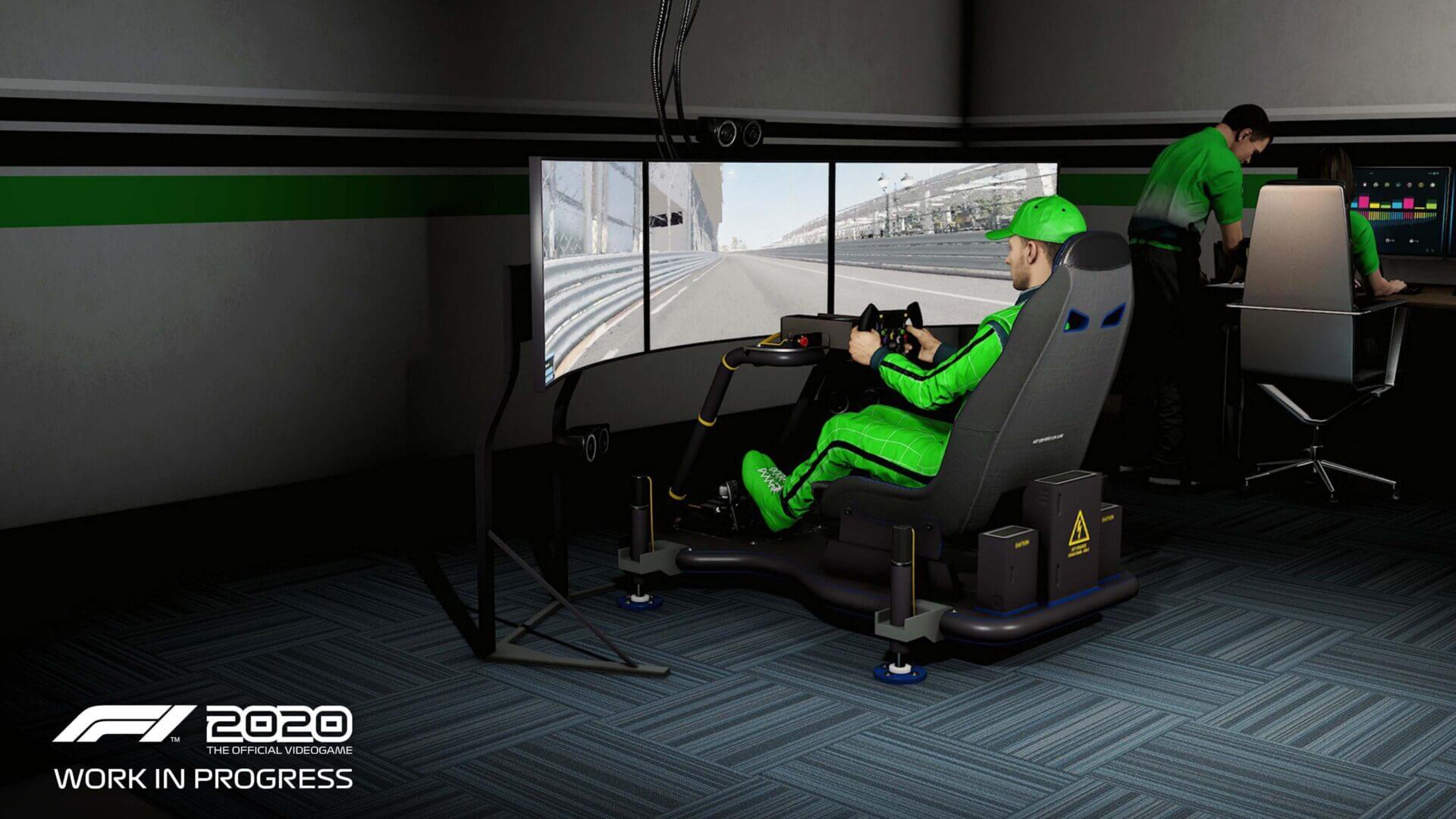 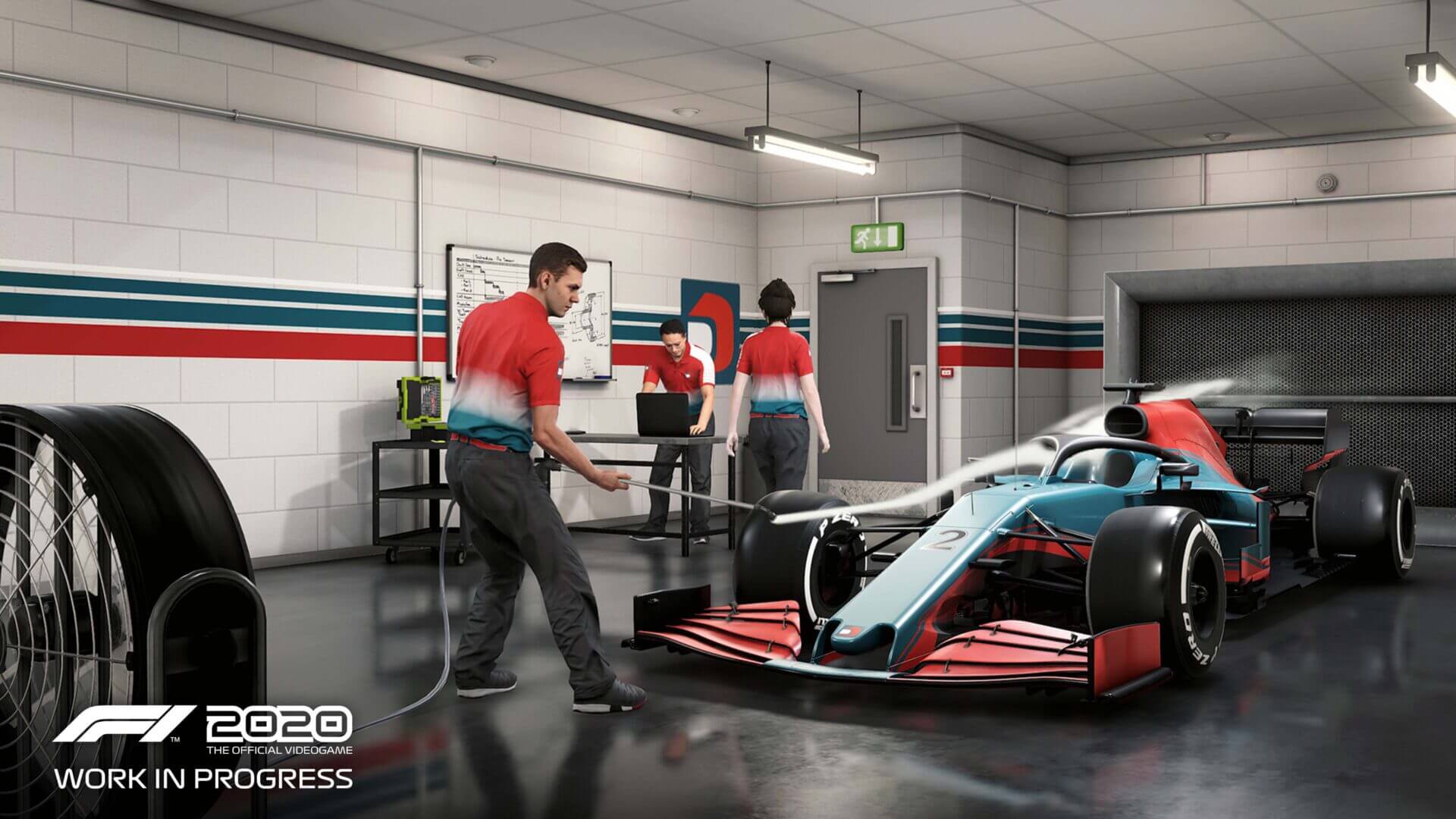 You won’t be quite be done there however. It’s not simply a case of creating the team and smashing out 22 races together. For My Team you’ll have to manage everything. The player will need to funnel money into various departments, including vehicle development. You can work on your engine, chassis, and aero, to make the car faster.

There’s personnel to consider too. You can invest in your team-mate, giving them time on the simulator (hopefully not F1 2020, because that would get a bit Inceptiony) to improve. There’s also a marketing department to bring more money in from promotion and advertising. You even have to satisfy the media…

All this builds into “Acclaim”. This is what you earn during gameplay, and the more Acclaim you earn the better funded your team will become. Your tiny, fledgling team could become 2020 world champions — and it doesn’t look like My Team ends when the season ends. Although not explicitly stated, some of the screenshots hint at multiple seasons.