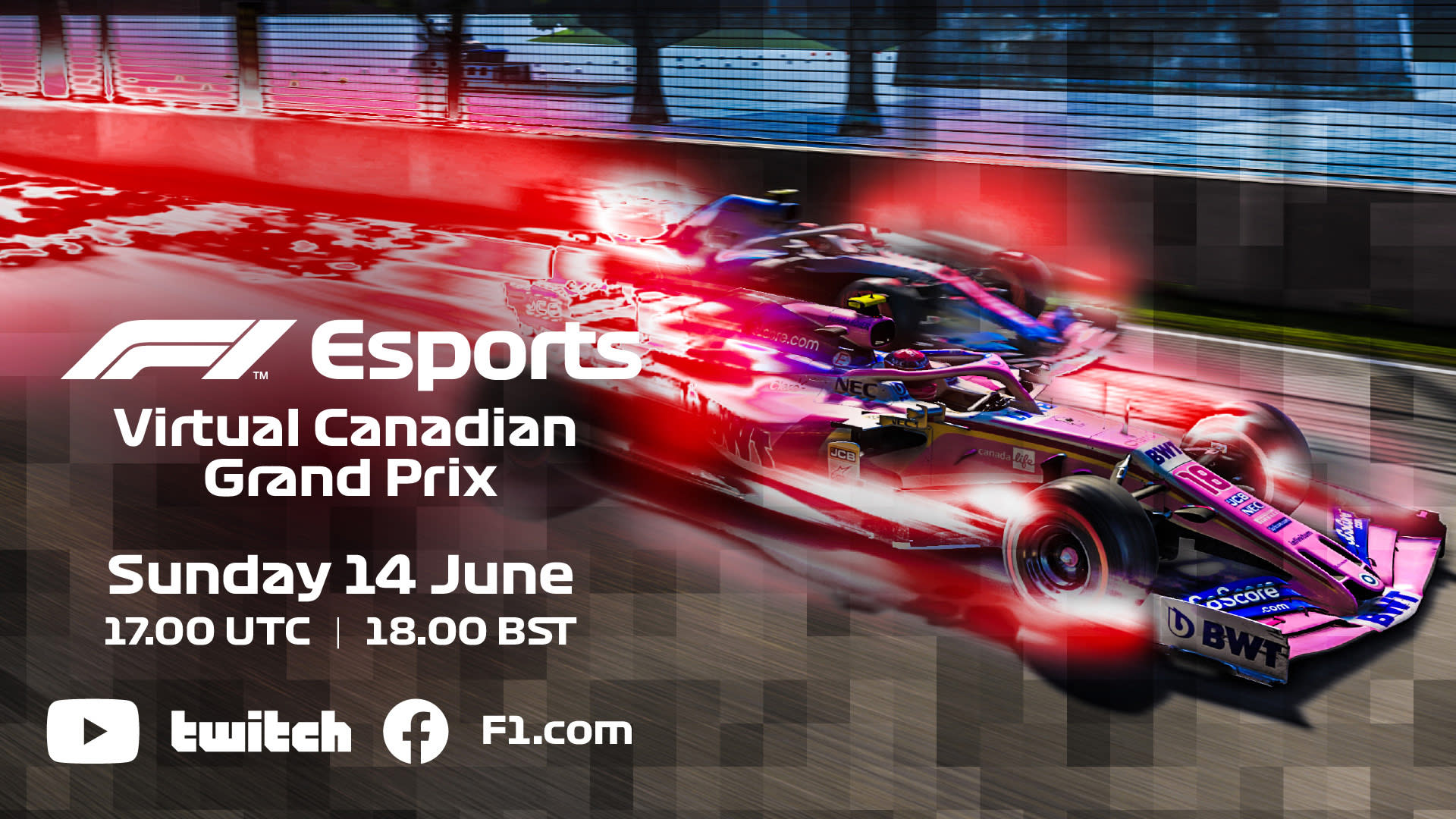 The F1 Esports – Virtual Grand Prix series draws to a close this weekend, as competitors take to the track one last time in the Virtual Canadian Grand Prix, before the start of the 2020 Formula 1 World Championship in Austria on 3-5 July.

This Sunday’s Virtual Grand Prix will see five current F1 drivers take part in the season finale including, Valtteri Bottas who returns for Mercedes, and George Russell, who is on course for a fourth straight win, after another dominant performance last weekend on the Baku City Circuit. The pair are also joined by fellow F1 drivers Alex Albon, Pierre Gasly, and Nicholas Latifi.

Biffy Clyro frontman Simon Neil will be taking to the track for the first time, with the Scotsman lining up for AlphaTauri, whilst Former gold-medal-winning skier and current YouTube sensation Jon Olsson makes his debut for Red Bull. F1 YouTuber Tiametmarduk returns for McLaren, after securing an impressive 8th place finish in his debut in the Virtual Azerbaijan Grand Prix, as fellow content creator Aarava makes his debut for Alfa Romeo.

Whilst there is no Formula 2 Virtual Racing event this weekend, the F2 and F3 series’ are represented by Guanyu Zhou, who kicked off the series with a win in the Virtual Bahrain Grand Prix for Renault, David Schumacher, who returns for Racing Point and Pietro Fittipaldi and Louis Deletraz, who continue their partnership for Haas and Briton Callum Ilott returns to the Virtual Grand Prix debut with Ferrari.

Sunday’s race will fall on the weekend originally scheduled for the Canadian Grand Prix with the participants competing on the Circuit Gilles Villeneuve on F1 2019, the official videogame developed by Codemasters. Drivers will join the race remotely, with a host broadcast live from the Gfinity Esports Arena from 6:00pm (BST) on Sunday 14 June.

The live broadcast, which is available on the official Formula 1 YouTube, Twitch and Facebook channels as well as Weibo and Huya channels in China, is expected to run for 1 hour 30 minutes. A qualifying period where grid positions will be determined based on the drivers’ fastest lap time will be followed by a 35-lap race. The Virtual Grand Prix will also be shown live with international broadcast partners in over 100 countries including in the UK on Sky Sports, in the US on ESPN, and FOX Sports Asia.

The F1 Esports Pro Exhibition race featuring the official F1 teams’ professional esports gamers will precede the Virtual Grand Prix and is set to begin at 5:00pm (BST). The broadcast will be available on the official Formula 1 YouTube, Twitch and Facebook channels, as well as selected TV broadcasters and, is expected to run for 1 hour.

“The Virtual Grand Prix series has been a resounding success. We are so glad to have been able to provide our fans with racing action as well as engagement with our stars during a time when most live sports had gone dark. Whilst the Virtual Grand Prix series may be coming to an end, this is just the start of our plans for this season, as we turn our attention to the F1 Esports Series later in the year. We are working on numerous ideas to make this season the best yet as we continue to develop our approach to the esports market and cannot wait for the fans to be a part of the experience. The Virtual Grands Prix have given us a chance to reach a whole new audience and we’d love to see anyone who has enjoyed watching the series continue their journey with us when the action returns.”