For the second year in a row, after 10 weeks of iRacing World of Outlaws NOS Energy Sprint Car World Championship action, Canadian driver Alex Bergeron found himself at the top of the points table.

After holding off tough challenges from larger teams where tempers flared on all sides, the Team ABR driver walked out of the 2020 campaign with three victories and top-10 finishes in all but one race.

He talks about his path to a second straight title, and what it’ll take to grab a second this year as the Morton Buildings Late Model World Championship kicks off later this month:

Congratulations on going back-to-back in the iRacing World of Outlaws NOS Energy Sprint Car World Championship! How does it feel to pull the series title off two years in a row?

It feels incredible! I can’t believe we did it again this year. I always dreamed about winning one but two is more than huge.

It was tougher for sure, not in the competition itself but because there were some more fast drivers getting in the series from the qualifying series. This year was definitely tough to qualify into the races but when we had some good time trial runs we were good. I think the stress and pressure were there, but we still managed to get it done. 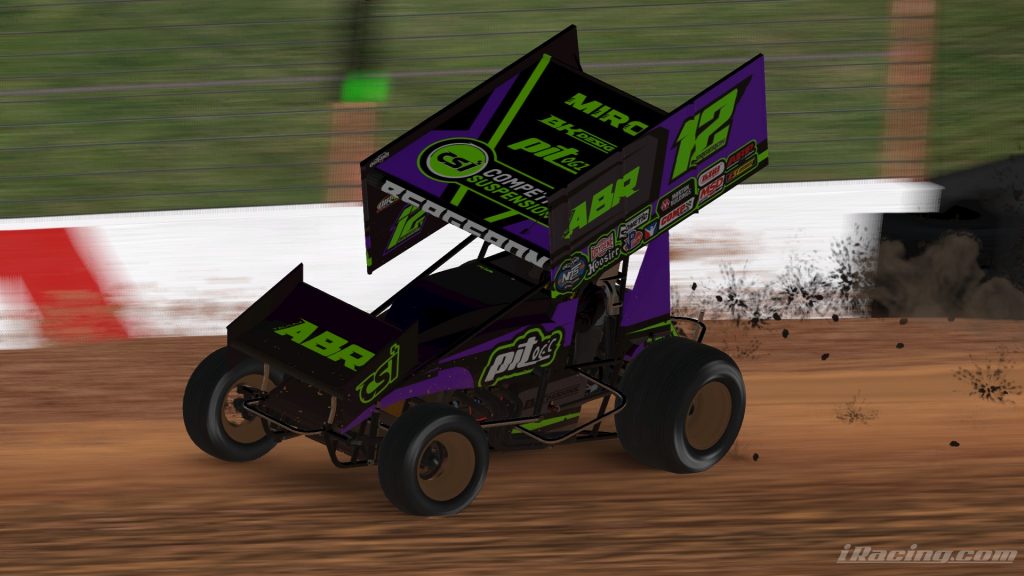 The season still opener exactly the same way it did last year, with you dominating the field at Volusia. What is it about that track that really suits your driving style?

I really don’t know, I feel like we did everything right from the start to the finish. I was so focused and calm, and every lap I did was so consistent I couldn’t even believe it myself. Both this year and last year I started first and pulled away. I’m good on the bottom there but last year it was on the high side and I still finished five seconds ahead. So I really think it’s because it’s the first race and that we put in the work to be fast.

One of the moments that could’ve been a negative turning point for you was your DNF in Knoxville. Going from the podium to the back of the pack is obviously demoralizing, but you seemed to bounce right back. How tough was it to put that behind you for the rest of the season?

Since we had a small advantage in points, we managed to stay first in points, but it was extremely disappointing to say the least. But my team, Jason and Rebeka, definitely put me back on my feet after that week. Going for the win and then getting disconnected is very frustrating. But I can’t thank them enough for supporting me like they do, they are my biggest supporters.

Two wins in three weeks at Lernerville and Eldora seemed to really put you in the driver’s seat in the points championship. Lernerville came right after James Edens became the first repeat winner of the season the week before, and Eldora came after he won again at Volusia. What was that back and forth like, and how worried were you about how quick he was?

I knew he was quick, but we’ve had some bad luck this year, also bad qualifying runs that put us a little behind. We were just as quick but when we started a little deeper, it was a lot tougher since everyone was extremely fast. I was not worried but I knew I had to push myself.

Going into the finale in Charlotte, you had the target on your back—not just as the points leader, but after a few weeks of battling with David Heileman with tempers flaring. Did you have to approach that race any differently? Were you worried about other drivers targeting you on track for that final race?

I was worried for sure, especially after what happened at Volusia with the same team aiming at my car is not easy to deal with. But I kept my cool and stayed in the right direction. We did good in the heat race and made it into the show and that was the first goal. Then we just had to get through the field which we did until we reached Edens and Heileman. They were battling so hard, I had nowhere to go but to watch it from my view. We just had to get to the finish line to get it and we did.

Finally, you’re going to be back at it in just a few weeks for the iRacing World of Outlaws Morton Buildings Late Model World Championship. You came pretty close to sweeping both titles last year, but what will it take to pull that off in 2020?

Definitely a lot of work ahead, Late Models are not my best category but we can still try to get it done. All 35 guys can win a race any day and that’s what makes it tough. Good qualifying and track position will be important. This year we are looking more for consistency than wins. In the end, championships are won by being consistent.