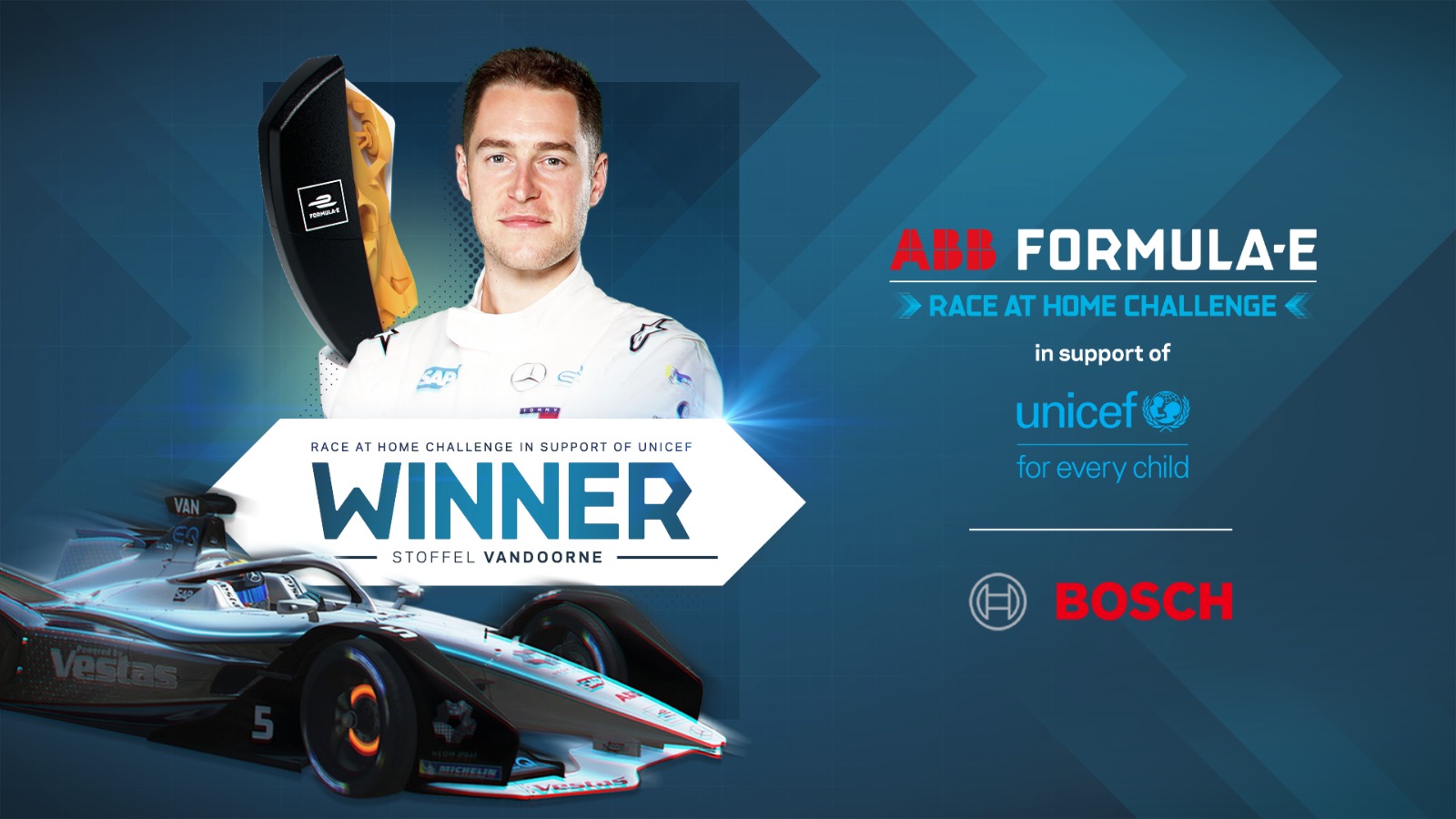 In qualifying, Sebastien Buemi’s early-session benchmark was pipped by Nissan e.dams team-mate Oliver Rowland, who flew to the Julius Baer Pole Position – a first for the on-form Yorkshireman in the ABB Formula E Race at Home Challenge in support of UNICEF.

With the clock ticking, Mercedes-Benz EQ driver Stoffel Vandoorne stole a march on his rivals by slotting into a provisional second position on the grid, as BMW i Andretti Motorsport’s Maximilian Guenther rounded in third.

Mahindra Racing’s Wehrlein, however, gazumped the duo chasing his standings lead by edging both with a last-gasp flier to line-up alongside Rowland’s Nissan in second spot.

The scene was set for the race and just 0.003 seconds separating the German and Vandoorne, who, heading into the Grand Final, had a 14-point advantage over the Belgian. With double points on offer in the finale, there was plenty of scope for that to change.

Rowland strode away from the line cleanly at the Tempelhof Airport circuit, as did Vandoorne, who immediately looked up the inside of his title rival Wehrlein into turn one.

The German defended the apex robustly but disaster struck when contact sent him tumbling down the field as far as 21st position. The Mahindra Racing man was nudged by Vandoorne – the Belgian looking to have received a push from Buemi, who in turn was tagged as the pack struggled to make its way through a real pinch point.

Rowland’s race was untroubled from then on in, with Vandoorne content knowing that holding station in second would be more than enough for the crown with Wehrlein forced into a fightback – scrabbling back to 12th come lap four having out-jostled double Formula E champion Jean-Eric Vergne (DS Techeetah) in quick time.

By lap 10, Wehrlein’s progress had halted behind a gaggle of cars fighting amongst themselves on the cusp of the top ten. Whatever he could now muster would not be enough with Vandoorne comfortable and content in second, behind Rowland.

The Brit looked equally at ease on the way to doubling his win count in both the Race at Home Challenge, and around the virtual Tempelhof Airport circuit.

BMW’s Guenther steered clear of drama to round out the podium and third overall in the standings. ROKiT Venturi Racing’s Edoardo Mortara notched a third fourth-place finish of the series, with Buemi following in fifth and Panasonic Jaguar Racing’s James Calado sixth.

Vandoorne sealed top spot in the table by a 24-point margin in the end. His and team-mate de Vries’ efforts handed the crown to Mercedes-Benz EQ in the Teams’ running, ahead of Nissan e.dams and Mahindra Racing who wound up second and third, respectively.

“I’m really happy to win this. It’s been tough, tricky day,” said Vandoorne. “The start was really chaotic. I got alongside Pascal (Wehrlein) after a really good start but into turn two I got a bump from behind which sent him into a spin.

“It would have been nice to have a proper fight on track but I’ve been unlucky in a couiple of races and it’s a well-deserved series win for us.”

“It’s just been practice and a case of getting used to the sim and finding the right settings,” said Rowland. “I didn’t have a rig before Race at Home and a lot of these guys are very high-level, so it’s been hard work but finally we’ve started to get there and it’s been enjoyable as well.”