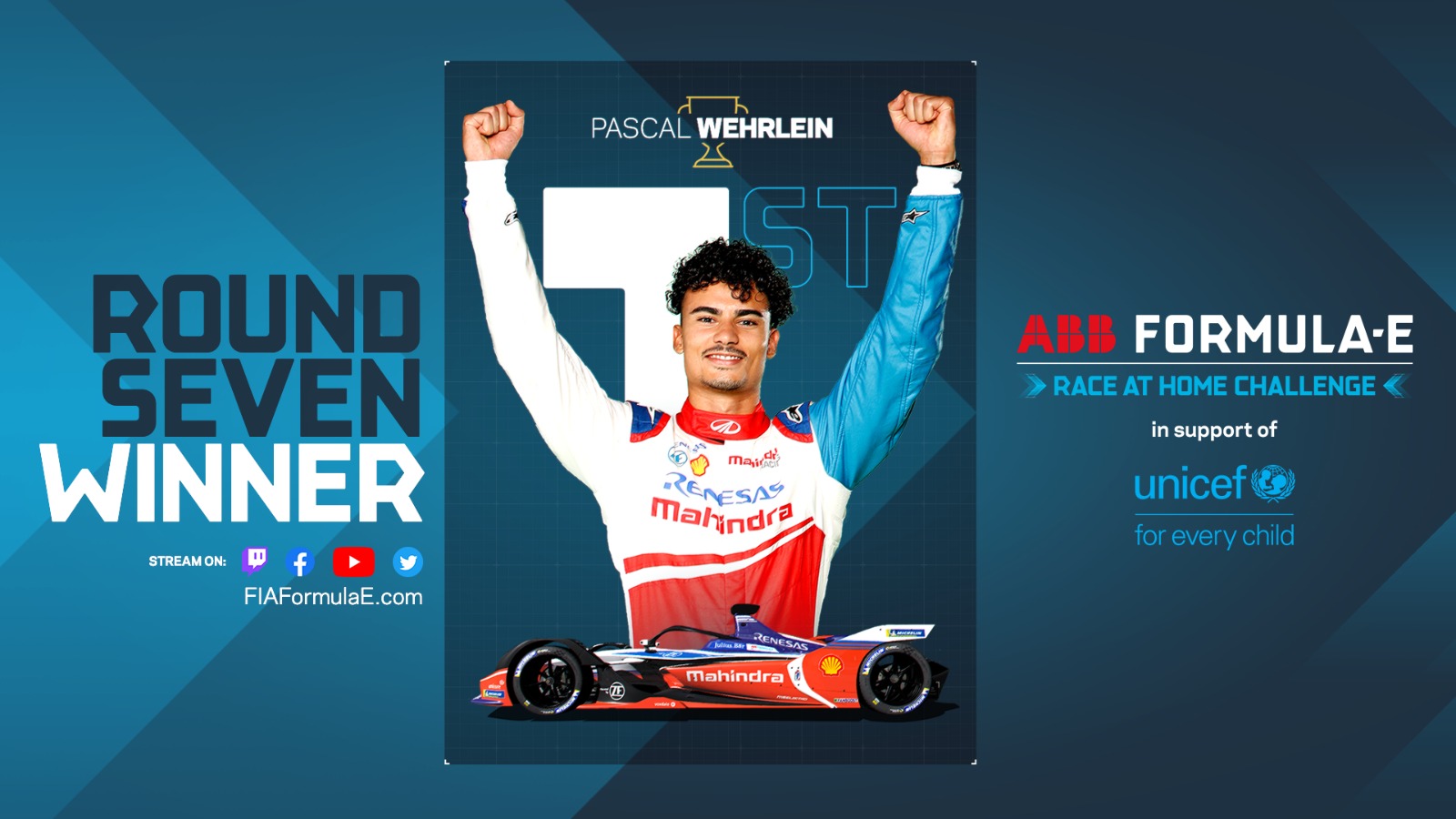 Audi Sport ABT Schaeffler’s debutant Kelvin van der Linde impressed out of the blocks in qualifying, setting the early benchmark as part of the first group of runners.

The standings’ top three were quick in practice and there was always a sense they’d be up there at the end of the session. Van der Linde’s time, however, did stand up to scrutiny.

Of the final qualifying group, BMW i Andretti Motorsport’s Maximilian Guenther first fired 0.344 seconds shy of the Audi to line up fourth on the grid just behind the Nissan e.dams of a fiesty-looking Sebastien Buemi in third, with Vandoorne adrift of the pair of them, a further half-a-tenth back in fifth.

Wehrlein, though, stamped home his authority with a blistering run which secured a second Julius Baer Pole Position of the Race at Home Challenge – more than a quarter-of-a-second up the road from van der Linde.

At lights-out, Wehrlein got away cleanly to retain his lead with van der Linde following but Buemi bogged down, gifting Guenther a position into turn one. Vandoorne made his way beyond the Swiss, too. The domino-effect caught up with the Nissan e.dams racer; his slow start bunching the field and, unfortunately, causing contact which would send him spinning down the pack.

The top three; Wehrlein, Van Der Linde and Rowland, clambered away from the pack after the opening couple of laps, and the battle looked to be behind the lead trio.

Rowland had made good ground on those ahead before the third-placed man fell victim to a scything move from Vandoorne who, from fifth, fancied passing both his team-mate Nyck de Vries and the Brit in one fell swoop.

It was a cracking move, and it stuck, but the Belgian slipped up and squirreled wide into the next turn, allowing Rowland through to keep a grasp on that final podium berth, though Stoffel did retain fourth ahead of De Vries.

It was status quo out-front with van der Linde keeping Wehrlein honest at just under two seconds back from the Mahindra. It looked like there was more left in the German’s tank should he need it.

Mid-pack, it was left to Robin Frijns (Envision Virgin Racing), Neel Jani (TAG Heuer Porsche Formula E Team) and Oliver Turvey (NIO 333 FE Team) to make something happen. The trio squabbled for a spot in the top ten throughout – Frijns eventually making it up the inside of Jani for ninth on lap 12 with Turvey following suit.

With his German driver entering the final throes of the encounter, one felt that Mahindra Racing CEO and team principal Dilbagh Gill may have been scrabbling through the kitchen drawers for a corkscrew, as Wehrlein looked to have things sewn up.

Sure enough, Pascal was able to keep it clean and tidy to take the chequered flag and with it, a third Race at Home victory. Duly, Gill popped open the bubbly then and there; and who could blame him with two Mahindra drivers taking the victory in back-to-back races around NYC’s docklands on Saturday, following Lucas Mueller’s authoritative performance in the earlier Challenge Grid encounter.

Rowland, meanwhile, had been busy employing every trick in the book to try and force his way beyond an impressive van der Linde for second. He eventually made a move stick at the penultimate turn – surprising his man with a robust switchback having sold the South African the dummy. A fine way to extend a strong run of form for the Yorkshireman.

Wehrlein’s effortless drive tees up the Grand Final of the Race at Home Challenge in Support of UNICEF rather nicely, taking a 22-point advantage into Sunday’s trip to Berlin’s Tempelhof. Double points, however, doubles the jeopardy – and the opportunity for a big swing.

“It was a good race and one of the most difficult ones for me,” said Wehrlein. “I missed the start lights because of the Halo. I managed the gap after messing up my camera! We need to change something for tomorrow. Let’s see what we can do.”

A @MahindraRacing masterclass! Combined highlights from the driver and challenge grids from Round 7 of the ABB Formula E #RaceAtHome Challenge in support of @UNICEF pic.twitter.com/iQsZQ2hNbe

Formula E has partnered with UNICEF to support children affected by coronavirus around the world pic.twitter.com/C6uxSjTnbC