Kevin Siggy: I can now make a living from sim racing 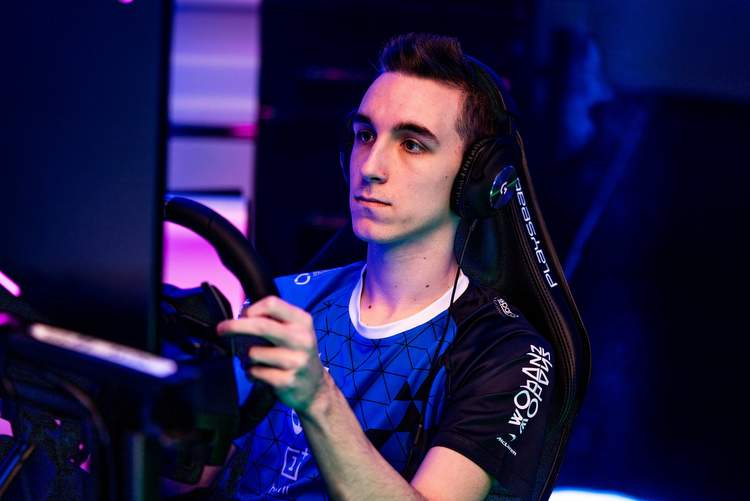 Ahead of the final weekend of the rFactor 2 based “ABB Formula E Race at Home Challenge” season with one race on Saturday and the Grand Final on Sunday, Team Redline driver Kevin Siggy as a representative of BMW i Andretti Motorsport leads the overall standings in the Challenge Grid, in which professional sim racers and guest starters go head to head.

If the 21-year-old is able to win the Grand Final at the wheel of the virtual BMW iFE.20, his reward will be a test drive in a real Formula E car and a starting spot in the final of the BMW SIM M2 CS Racing Cup at the BMW SIM Live event in Munich at the end of the year.

In an interview, Siggy talks about virtual Formula E, the feeling of driving for a manufacturer like BMW and his connection with BMW i Andretti Motorsport driver Maximilian Günther (GER), who currently lies third in the overall standings for Formula E drivers with two races remaining.

Kevin, you’re representing the colours of BMW i Andretti Motorsport in the Challenge Grid excellently. Why are you so strong in the “ABB Formula E Race at Home Challenge”?

Kevin Siggy: “I think it’s primarily down to my vast experience on the rFactor 2 platform. I’ve been racing on it since I was 13 years old and recently passed the 1,000 hours mark. All the practice has given me a very good understanding of how the simulation, set-up, tyre model, grip on the track and weather work.”

How intensely do you practice before each Formula E race?

Siggy: “We only ever find out which track we will be racing on a few days before the race. So it depends whether I have already raced on the track or if – like the ones in Berlin and New York recently – it is a new track. On a track like Hong Kong, which I was already familiar with, I only drove a few laps to get back into my rhythm. Naturally, for new tracks I take more time. First of all I do up to 50 laps to familiarise myself with the track. Then on race day I do another two to three hours to test my limits and to find the optimum rhythm for qualifying, which is the most important factor in my opinion. And then I also help Maximilian Günther with his preparations…”

So, he asks you for advice?

Siggy: “That’s right! He became aware of me during the test round and got in touch with me. I have mainly given him a few tips from my experience with rFactor 2, which helped him develop a good set-up and a way of driving that suited him. Then he told me that the handling isn’t the same as the real BMW iFE.20. He had to adapt and do a few things in the simulator that he wouldn’t do with the real race car.”

To what extent is this type of collaboration standard?

Siggy: “The way that Maximilian and I are collaborating is very standard in this environment. We meet online for a joint training session ahead of a race. He asks questions, I give him tips wherever I can. It’s nothing more than that. A lot of other sim racers and real-life racing drivers are doing the same thing.”

You and Maximilian Günther have both won several races this season. But he isn’t quite as consistent as you. Why is this?

Siggy: “I think that because he doesn’t have much experience of sim racing yet, he doesn’t have very much time to prepare for the new tracks. However, he is doing a fantastic job and is learning really quickly, which is what you need to be successful in sim racing. Generally speaking, it needs to be taken into account that as sim racers we earn our living this way and so have spent a lot of time practicing for many years. Even a professional racing driver like Maximilian can’t catch up in just a few months because the handling in a simulator is totally different to in a real racing car.”

What does it mean to you to start for BMW in the virtual Formula E?

Siggy: “Starting for a manufacturer like BMW is one of the biggest things you can imagine as a sim racer. I feel honoured.”

Siggy: “I have Team Redline, who I have been racing for as a professional sim racer since March, to thank for this. They set up the communication with BMW and have supported my start in virtual Formula E from the very beginning.”

So, you have only been representing Team Redline for a short while?

Siggy: “That’s right. I have been a professional sim racer for about two years and am happy to be able to say that I can now make a living from it. I won a few important races this year, which is obviously what attracted the attention of a big team like Redline. They got in contact with me in March and I signed my contract.”

What do you think of the boom in sim racing, which was brought about by the current global crisis?

Siggy: “First of all, the situation, we all currently find ourselves in is not pleasant at all and will hopefully be over soon. But to be honest it was a huge boost for sim racing. On the one hand, it is cool for someone like me to be able to compete with real racing drivers and to earn their respect. On the other hand, as sim racers we are now gaining much more publicity, which obviously helps us immensely as pros. A year ago I couldn’t have imagined earning my living through sim racing alone. That is changing now.”

If you are able to win the Grand Final of the “ABB Formula E Race at Home Challenge”, the prizes that await you are a test drive in a real Formula E car and a ticket for the final in the BMW SIM M2 CS Racing Cup.

Siggy: “Both are fantastic! Being at the Cup final live in Munich and meeting Maximilian and all the other racing drivers would be cool. And I would really love to drive the real Formula E car because it’s something that I have always dreamed of. Unfortunately, I haven’t had the necessary funds to be able to get involved in real racing. This test drive would be a fantastic opportunity to show what I can do.”