Jason Plato: Fernando’s a strange cat and wants to win everything 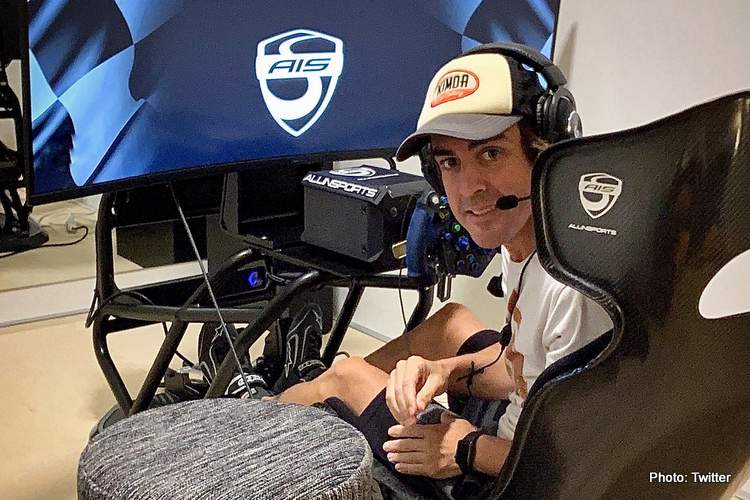 In the latest episode of The Race Esports Podcast Plato revealed how competitive the double F1 World Champion is when he gave insight into the ‘mind games’ going on ahead of their virtual duel.

“One thing I noticed with Alonso, the cheeky monkey, was in all of the practice sessions he didn’t record a laptime,” Plato said. “Not one. And we’d all sussed out what he was doing. In the last corner, he was going completely off-track so the lap was disallowed.

“Therefore it didn’t hit the timing screens, but nevertheless, he knows what his lap time is. And he was doing this on purpose so nobody knew what his pace was!”

“Fernando’s a strange cat, and he’s bloody good,” he added. “It probably had the effect he wanted, in that we were all going, ‘What were you doing that for?!’

“He’s obviously incredibly competitive and wants to win everything, and if I was as fast as him I’d probably be doing the same thing, but alas I’m not!”

“Jenson’s really very quick,” Plato said. “After my first race weekend I started to have a little study and see what people are up to.

“It was only then I realised I could look at the standings, highlight his name, press a button and I could be in-car with him, so I can watch how he was driving.

“But one thing I did notice was as soon as the server opens [for the drivers to practice], Jenson logs on but doesn’t actually drive the car for some time. I wondered if he was putting himself in other people’s cars and seeing what other people were doing,” he added.

In his debut at Silverstone he qualified an impressive fourth but crashed out of both races, before taking a double victory in Indycars on the Indianapolis oval a week later.