Automobilista 2 are targeting a mid-June release date for Version 1.0 of the much anticipated latest offering by the Reiza team, with the long-running early access also set to end before the big day for the Brazilian developer.

They reported the latest news on the Automobilista 2 Community Hub:

The Early Access period ended up stretching a bit from our original estimate of 8 weeks, but AMS2 EA is finally set to wrap with little over 10 weeks as we gear up for official release sometime in mid-June. We´re happy to say that we´re on track to meet all the core targets we outlined for v1.0 release, even if some of the developments haven´t quite made into the game yet.

Car animations are now finally in process of being exported to the game, and expect to have all the most important ones for wipers, drivers and suspension parts include by v1.0 release.

The Multiplayer Dedicated Server Tool has been released albeit in Beta, with some core features still to be added in the coming weeks to help leagues get some championships going by the time v1.0 is out.

The Multiplayer Ranking system is already working in the backend, however this is one feature we want to be careful not deploying too soon so the timeline for its public release will remain open.

On the content side, v1.0 will also see more of AMS1 oldies-but-goodies being included, fully revamped to AMS2 standards. 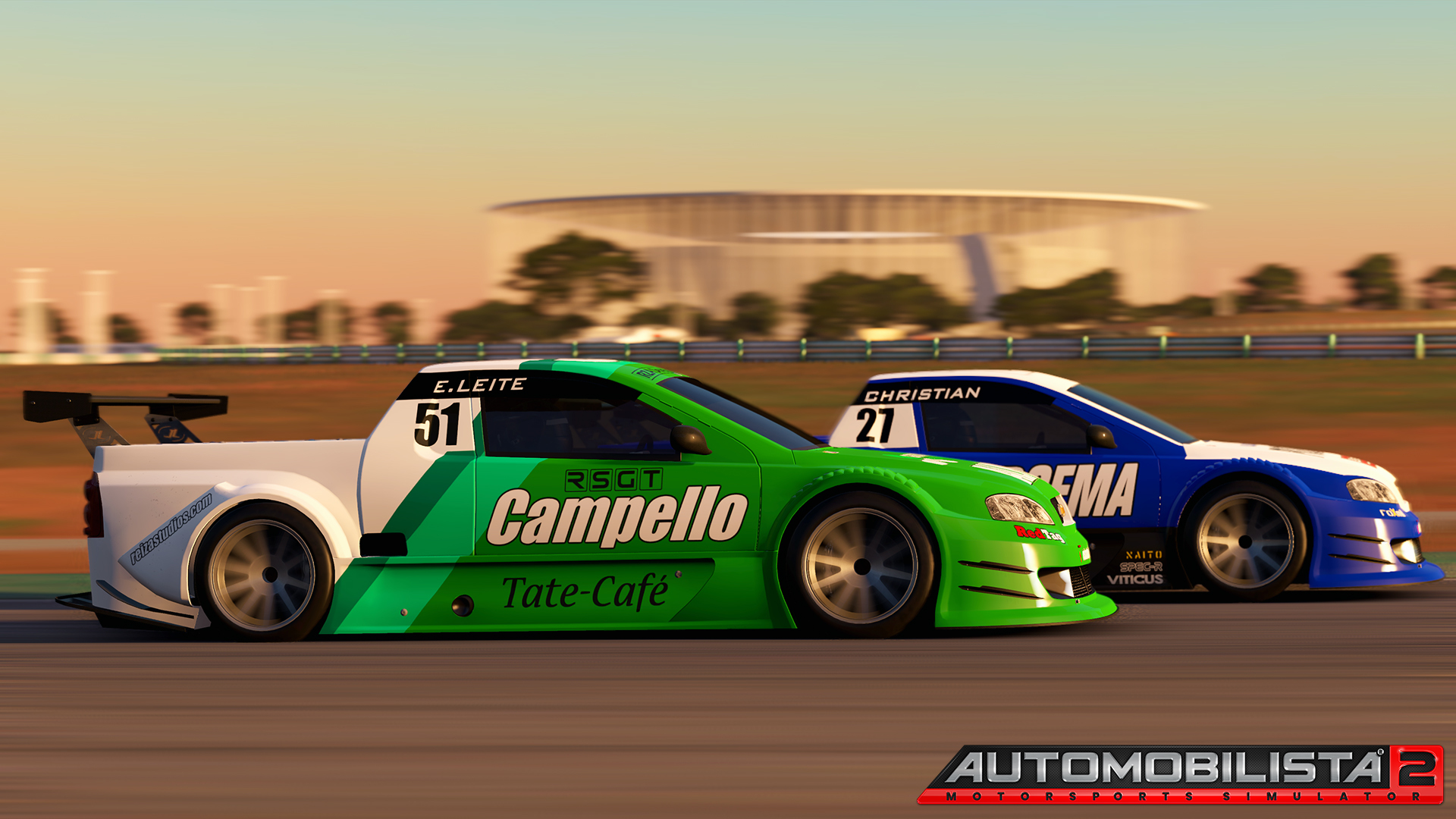 We also have some really exciting news incoming for the Brazilian Stock Car series in Automobilista 2 which they should announce at some point next week, so stay tuned!

The work on the old content is of course ongoing in parallel to an intense development plan to bring a lot of new cars and tracks to Automobilista 2 in the coming months, some of which already for v1.0. One of them is this glorious pearl from the Portuguese Riviera: 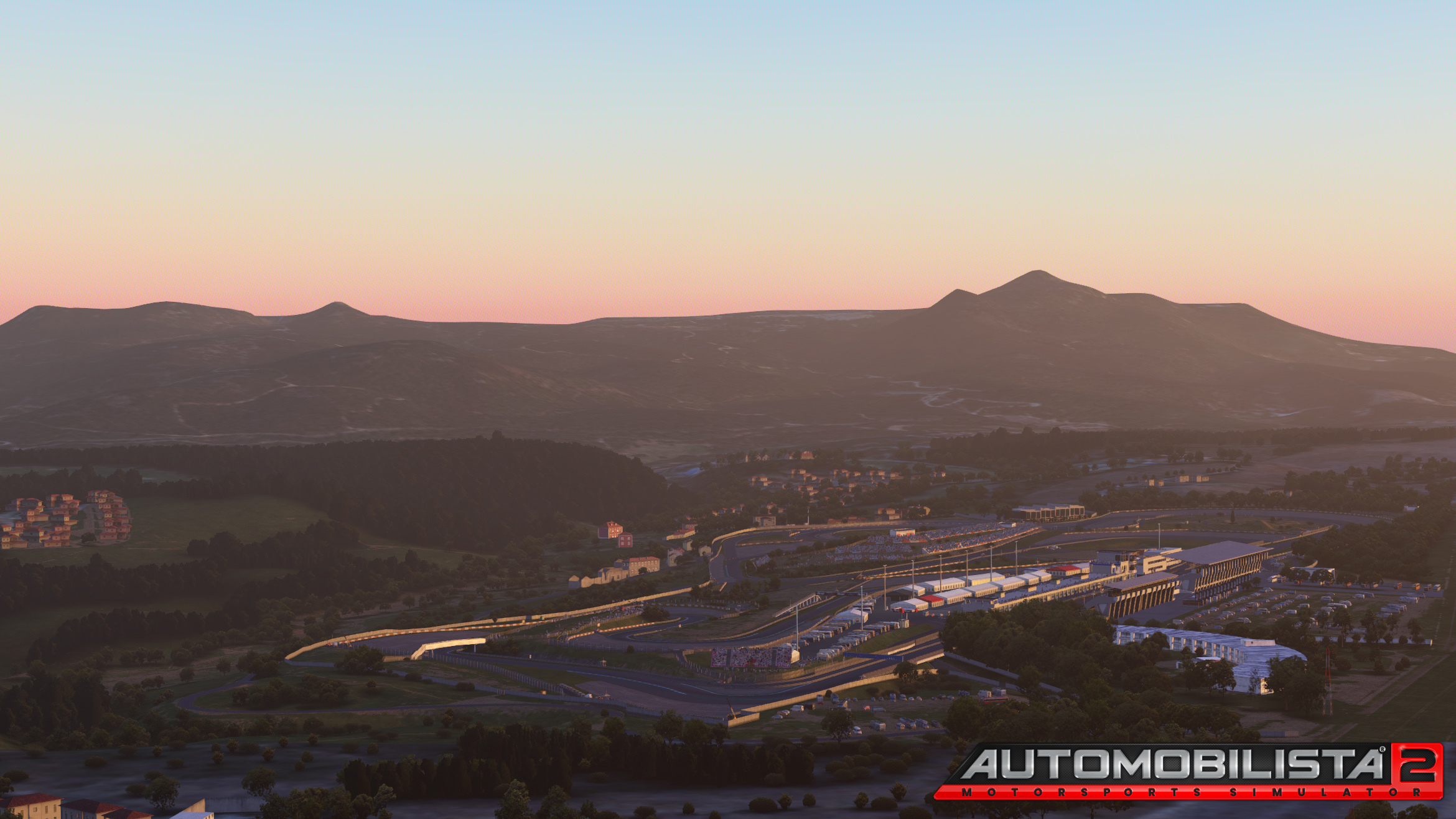 Those of you keeping tabs will recall this glimpse of the Brabham BT44 we included in the January Dev Update:

The BT44 (pictured top of the post) is in-game ready to go, just waiting for its sparring partners to enter the track which should be happening over the cours of the next week.

We have even come up with a redesigned F-Retro to help fill up that grid, and unlike the classics above which were all powered by the famous Cosworth DFV that dominated most of the 70s, our generic F-Retro will also feature a V12 variant.

Final important note: Save for an eventual minor hotfix for anything that really needs fixing, v0.9.5.X is the last AMS2 build deployed during Early Access. The next intermediate build will be released only for Automobilista 2 Beta, as we focus on testing & wrapping up of all the core features needed for v1.0 release.

Licensing in the Time of COVID

While generally speaking we can count ourselves among the lucky few that have not had our operations largely affected by the ongoing pandemic, the same unfortunately can´t be said about other businesses, including some we are doing business with.

Motorsport activities have obviously come to almost a complete halt, which among other things makes it harder to schedule a recon trip for a track we have licensed or to collect data & recordings for cars we are modelling.

The main bottleneck caused by the current circumstances has been on the licensing front, especially with cars as the big manufacturers have been forced to greatly limit their operational capacity – unfortunately, that includes marketing, legal and financial departments, all pipelines a licensing deal needs to go through before we can include their cars in the game. Things are progressing but very slowly, and this, unfortunately, is already compromising our planned release schedule, and even the ability to announce these upcoming cars.

We had estimated release of a couple of sweet german cars to the end of this month but those aren´t clear to go yet, and at the current rate it seems unlikely the GT3/GT4 cars we had scheduled for end of June will be all clear to go until then. Under the current circumstances we can´t even be assertive as to how quickly these will eventually come through – can be a week with one brand and a month for another. That could cause us to reassess our release strategy, going for staggered brand-centric releases instead of class bundles – we´ll need to wait and see how things develop in the coming weeks before we can decide and confirm how we go about it, so please bare with us for a little longer before we can provide an updated schedule.

The good news is that even though the process is moving slower than we would have hoped, none of our licensing targets are stuck or in serious risk of not coming through – most of the deals, in fact, have been secure for a while with the models they cover are already far along in production, and they make for quite a dreamy list – from 60´s/70´s vintage touring cars to 80´s Group C beasts, 90´s British & German touring cars and mighty GT1s, to modern supercars – there is something incoming for every motorsports taste, and once it rains it will pour as many of them are already in-game. As soon as we get them through the remaining licensing hurdles we will add them to AMS2 Beta for some bug hunting, and to release not long after. Best part: with the exception of the Street Supercars, all cars on the classes listed will be free additional content.

That´s the story on the car front – on the track front we´ve been having a bit more luck, and for the tracks already announced we´re well on track to keep the schedule we had proposed for them.

Obviously Hockenheimring and its historical variants will make up the first AMS2 DLC so the release is held up until shortly after v1.0 is out, but it´s coming along nicely. 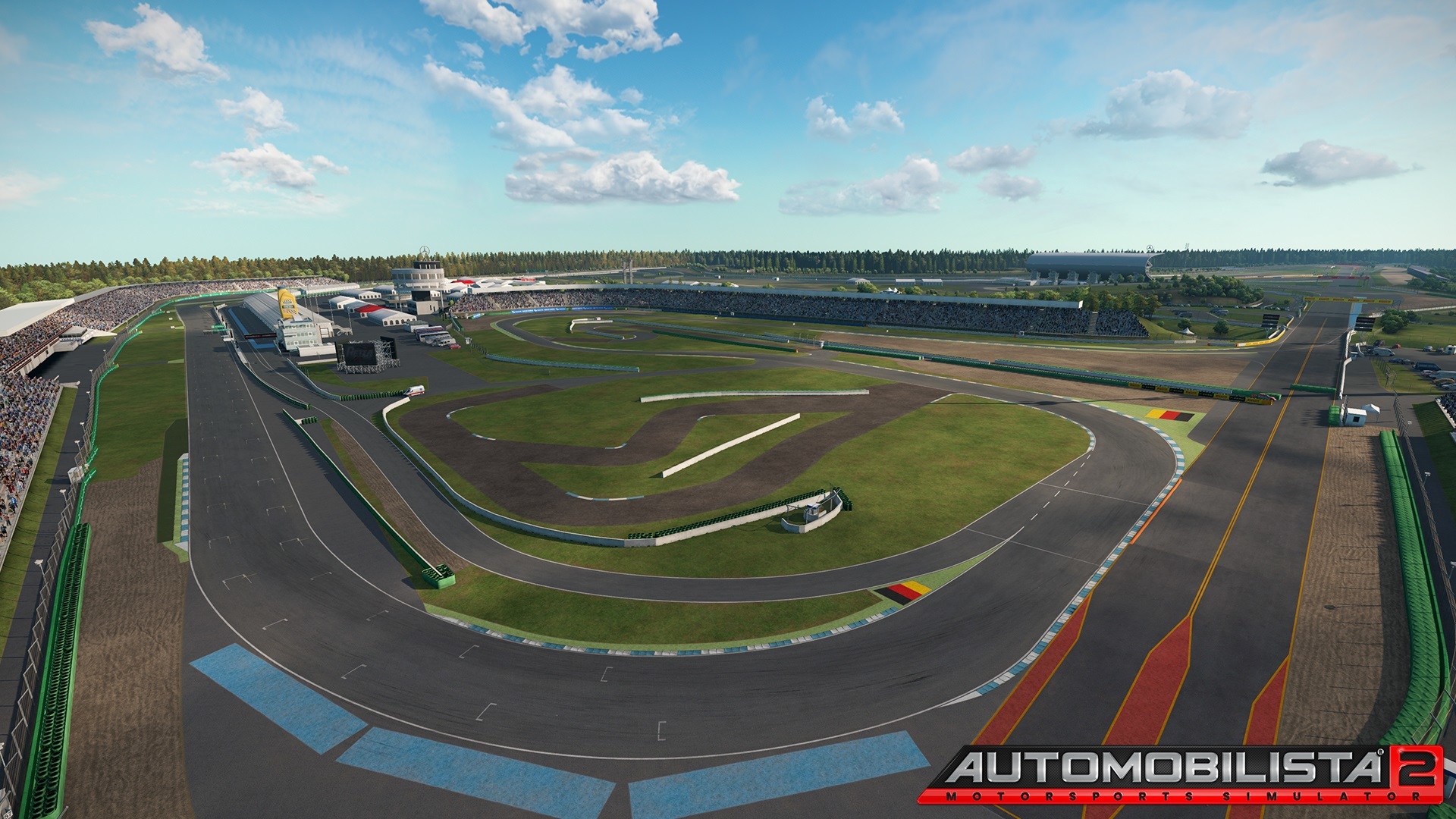 Mount Panorama is likewise taking shape, with trackside objects being modelled parallel to the main mesh previewed below – release schedule is for June 30th, with our first post v1.0 game update. 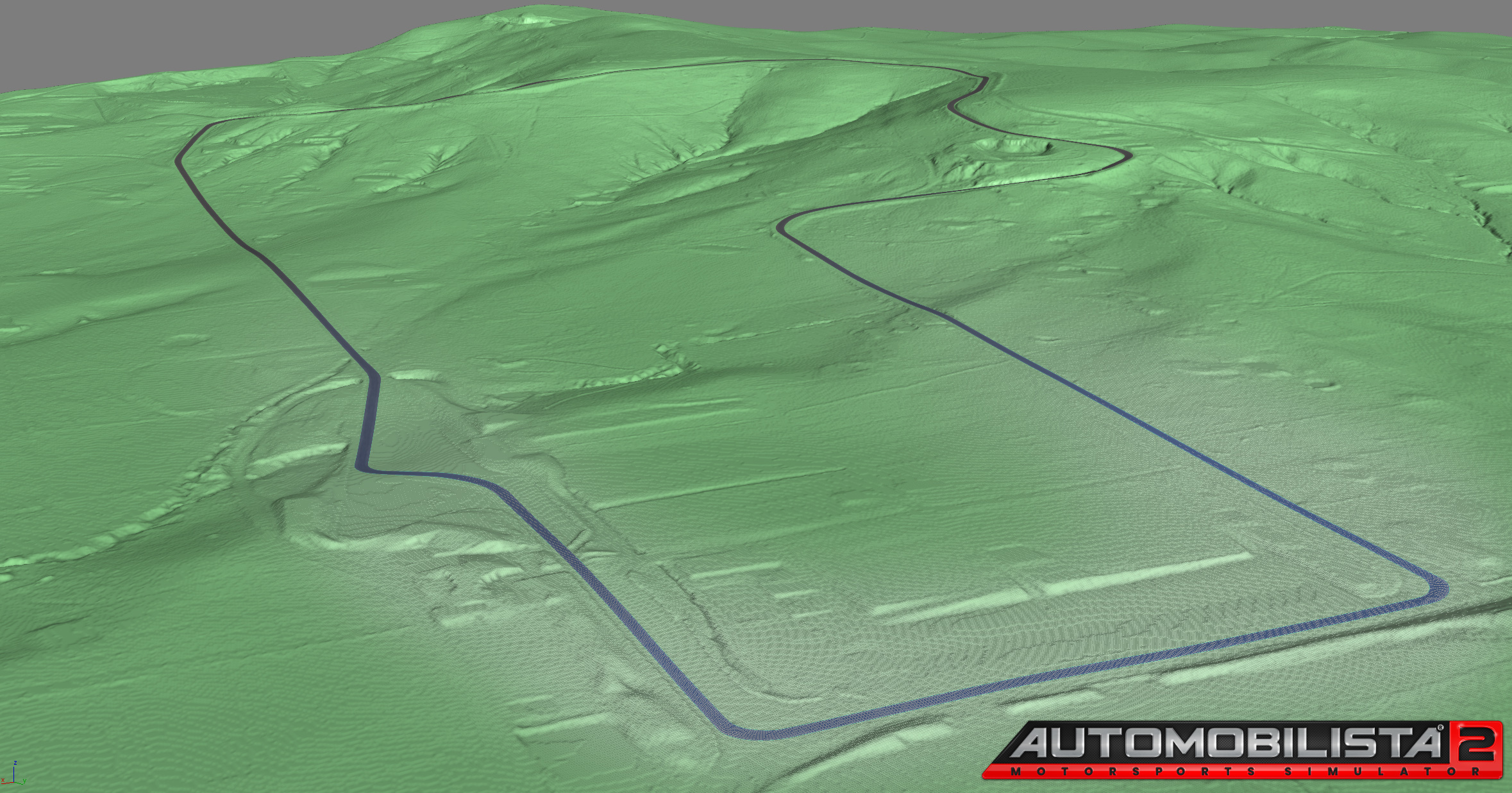 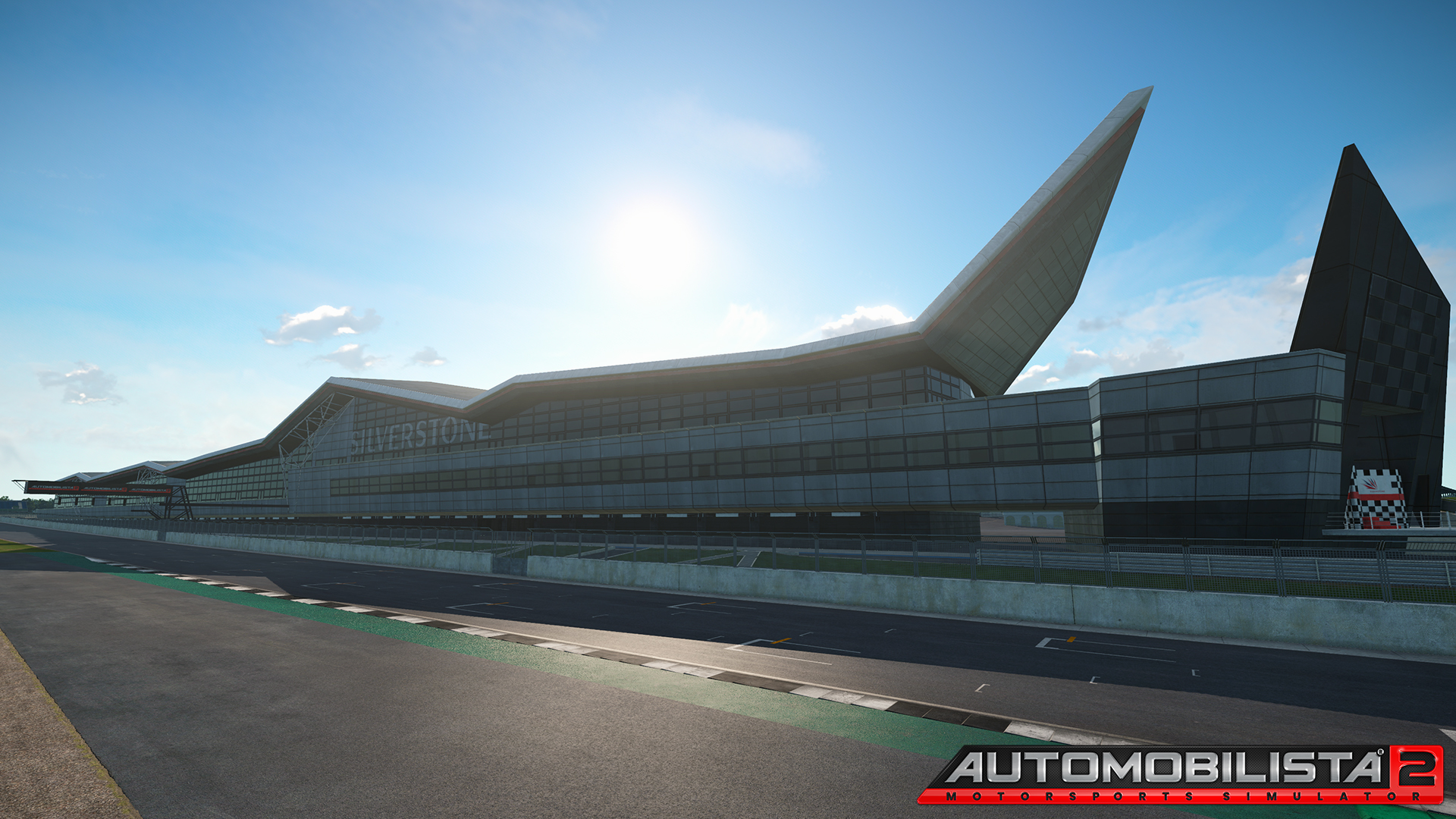 Spa Francorchamps is coming for Automobilista 2!

At this point Spa has become such a motorsports mecca that arguably no sim can be considered complete without featuring it – we are therefore delighted to confirm that Spa-Francorchamps is also coming for Automobilista 2, in full modern and past glory! 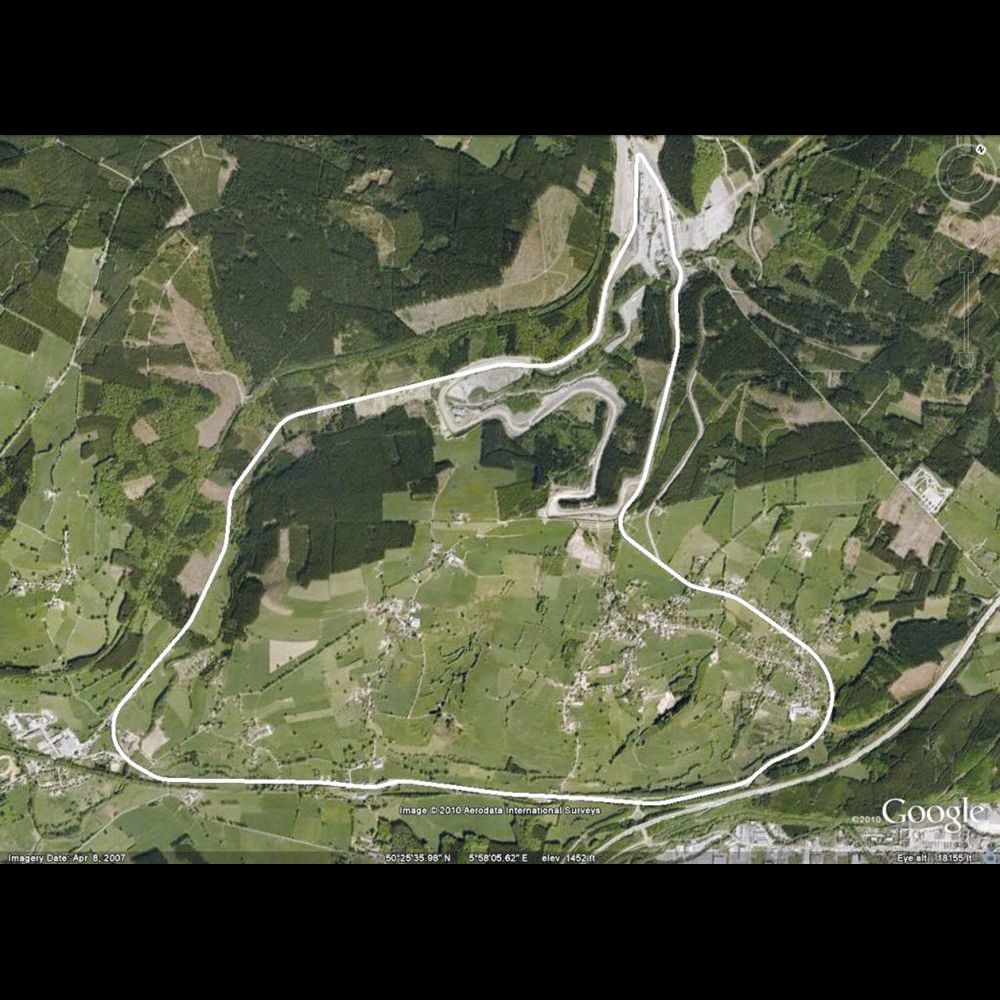 We figured that if we are going to tread the ground of this magnificent venue we might as well do it full justice – the modern version will feature laser scan data, and we will also develop a couple of historical variants – the infamous 14km layout as it was in 1970, and the modern layout as it was in the late 80s, with no run-offs at Eau Rouge or Blanchimont, high curbs and the old double chicane Bus Stop – the complete men-from-boys filtering kit. 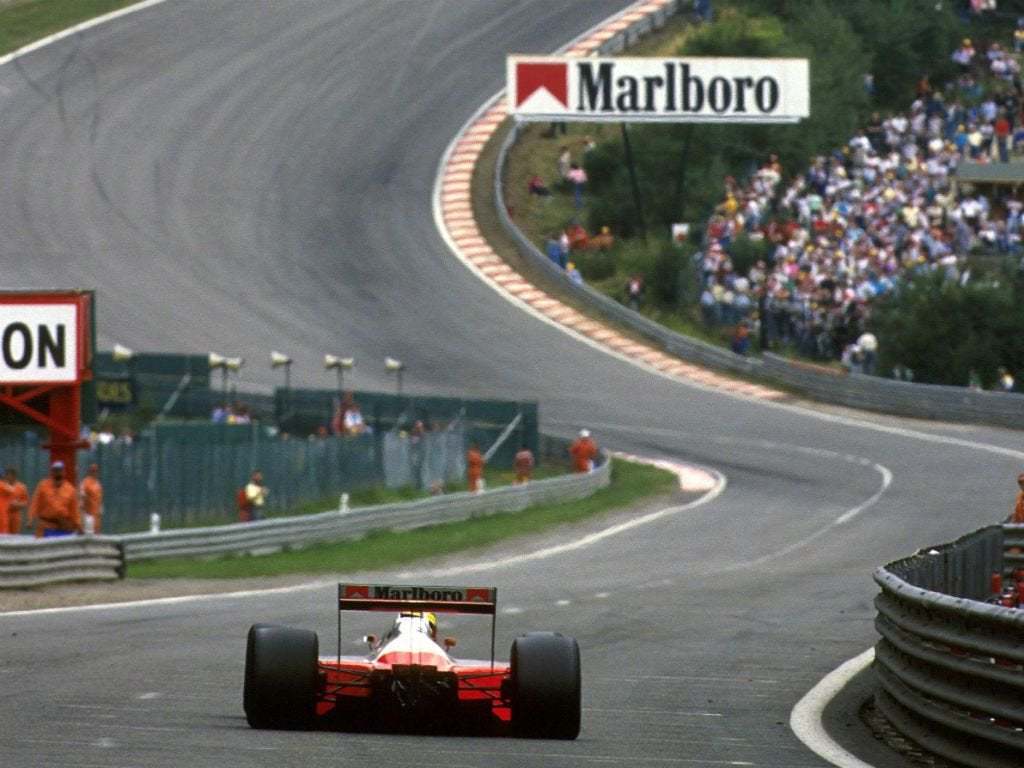 We already have a good jumpstart on these massive projects so the timeline for them is less than you may expect – The Spa-Francorchamps Pack will surely be released for Automobilista 2 before the end of the year.

There´s been a bit of understandable confusion regarding the Season Pass availability and pricing at the start of Early Access, so we felt appropriate to shed a bit more light into what it includes, who is it for and whether it may or may not be of value to you.

Firstly some explanation on the rationale behind making the Season Pass available during EA: When we released AMS1 in Early Access back in March 2016 we did not include the Season Pass, which only became available at v1.0 release in August 2016. Some users complained about having to buy the Season Pass separately at full price, while new users had the benefit of getting both at once with a discount. It seemed like a fair complaint so this time we decided to offer both from the get-go.

With regards to the Season Pass pricing, while it may be unusually high compared to the base game it is very fairly priced in light of what it includes. Let´s take for example the three-track DLCs already confirmed: Hockenheim, Silverstone & Spa will sell for US$9.99 each, well within the range of track DLCs for other sims – with the caveat our tracks also include several historical versions.

Production of the Silverstone and Spa packs for example include modelling of versions of those tracks so distinct they are akin to producing several completely unique tracks for the price of one – if you consider licensing for these tracks often include additional fees for historical versions, they are really sweet deals by any measure. The Season Pass covers at least two other premium DLC tracks with similar formats and pricing to be released in the 2020-2021 timeframe, and buying these individually would already cover half of the Season Pass cost.

Then there are the Expansion Packs – these are packs currently confirmed, arranged to a certain theme, featuring cars, tracks or both, with base prices ranging from US$ 9.99 – US$ 19.99:

The release order and their exact naming may still change but they will all be released in the 2020-2021 timeframe. We can´t yet detail what each of them include of course as some of the licensing arrangements are still ongoing, but these are rich, comprehensive packs that we feel add up enough value to warrant their asking pricing.

Unfortunately this will only become obvious with the benefit of hindsight, but we don´t foresee many sim racers regretting their early purchases!

It should be clear however that no user needs the Season Pass now, nor do we antecipate many would want to pick it up at this point while there are no DLCs available, unless you´re in that group who prefer to buy complete packages at once.

And if you are not a fan of either Hockenheim, Silverstone or Spa you may safely ignore the Season Pass until at least September as that´s the shortest timeframe for another DLC release, or Decemeber when the first Expansion Pack is due out.

You may also disregard the Season Pass altogether if the DLCs don´t interest you, if you´d rather pick some of them individually or if you are satisfied with what the base game offers – which is plenty on its own right as the game will be constantly expanded with free, premium additional content.

There is no shortage of content for users on any level, and no shortage of options to pick them up only if and when they prove to be worthwhile to you. 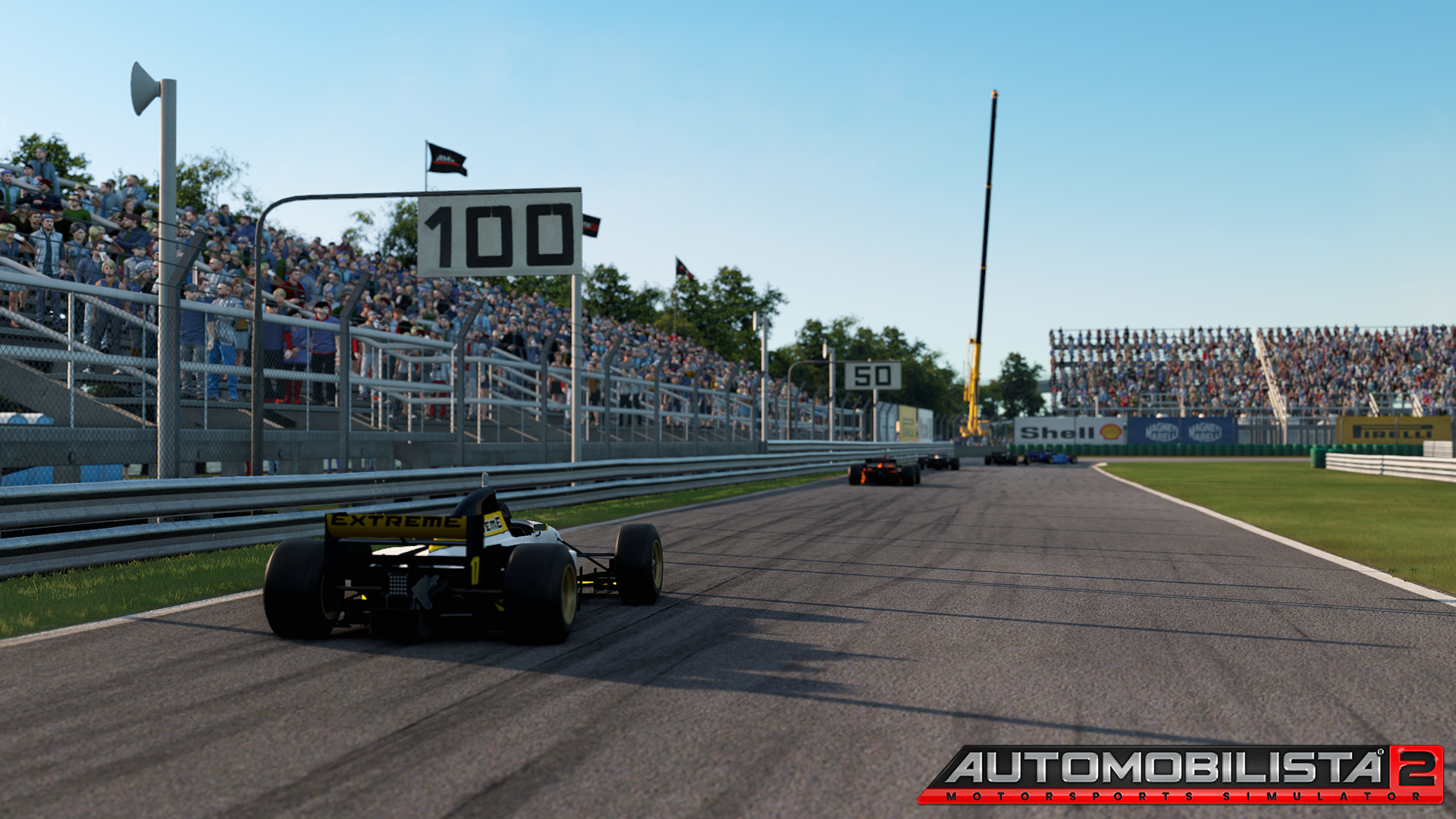 That covers all we had to share with you this month – we´ll catch up again next month for the first post v1.0 Dev Update, with more exciting news about what´s coming up for Automobilista 2!