The racing may have been virtual on Saturday afternoon, but the eNASCAR iRacing Pro Invitational Series brought NASCAR fans back to a golden age of the sport with Saturday’s North Wilkesboro 160 at North Wilkesboro Speedway.

One of NASCAR’s most beloved tracks of yesteryear made its return, legendary drivers like Jeff Gordon and Bobby Labonte were running their most iconic paint schemes, and the fans got a bump and run for the win when Denny Hamlin moved Ross Chastain out of the way in the closing laps to cap off the seven-race invitational campaign with a win.

Hamlin opened the digital season with a photo finish victory over Dale Earnhardt Jr. at Homestead-Miami Speedway, and after two months of ups and downs (highlighted by his daughter turning off his monitor mid-race at Talladega) finally returned to the winner’s circle after running up front all day on the .625-mile oval.

North Wilkesboro, which hasn’t seen a real-world NASCAR Cup Series race since 1996, was brought back to life in iRacing after Dale Earnhardt Jr. successfully lobbied to have the track scanned. The process began late last year after extensive cleanup efforts from Speedway Motorsports Inc. staff and a crew of volunteers.

The track was digitally restored to its condition in 1987 after an extensive research project, and will join a pair of vintage stock cars from that season, Bill Elliott’s Ford Thunderbird and Dale Earnhardt’s Chevrolet Monte Carlo, in iRacing’s June build.

The stars of the NASCAR Cup Series will get back on track on Sunday, May 17 at Darlington Speedway, with 400 miles of racing being shown live at 3:30PM ET on FOX. In addition, the eNASCAR Coca-Cola iRacing Series returns to action this Tuesday at Charlotte Motor Speedway, streaming at 9PM ET at eNASCAR.com/live and on the iRacing eSports Network. For more information on iRacing and for special offers, visit www.iracing.com.

Really, everybody got in on the throwback action.

Spotting today’s @iRacing #ProInvitational at North Wilkesboro for @Bobby_Labonte I have to figure out what to wear. #oldschool iRacing’s brand-new North Wilkesboro – available only to the Pro Invitational Series this week – put on a heck of a show. It seems not much has changed since the NASCAR Cup Series raced there.

The more things change, the more they stay the same at North Wilkesboro @iracing 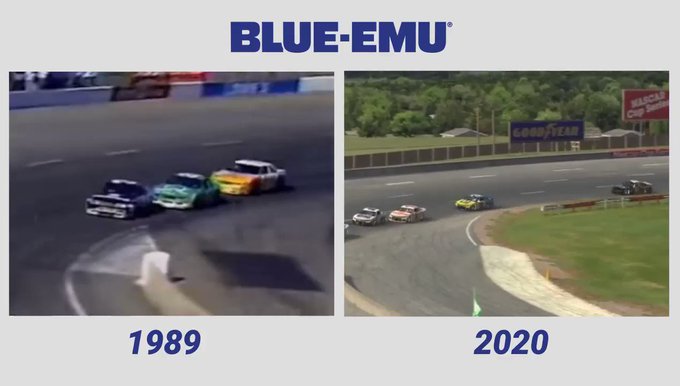 198 people are talking about this

And, just like days of old, it was an afternoon of attrition – and not just on the virtual track.

Well that stinks. The World Wide Web shut off while I was making hay. Sorry!

29 people are talking about this

20 people are talking about this

Perhaps most spectacular of all was Corey LaJoie’s literal mid-race brake pedal failure. While it’s a bummer for LaJoie, it’s better to get that one out of the way in iRacing than behind the wheel at Darlington Raceway next Sunday, when the NASCAR Cup Series returns to real on-track racing.

My brake pedal broke off. BROKE OFF I TELL YOU 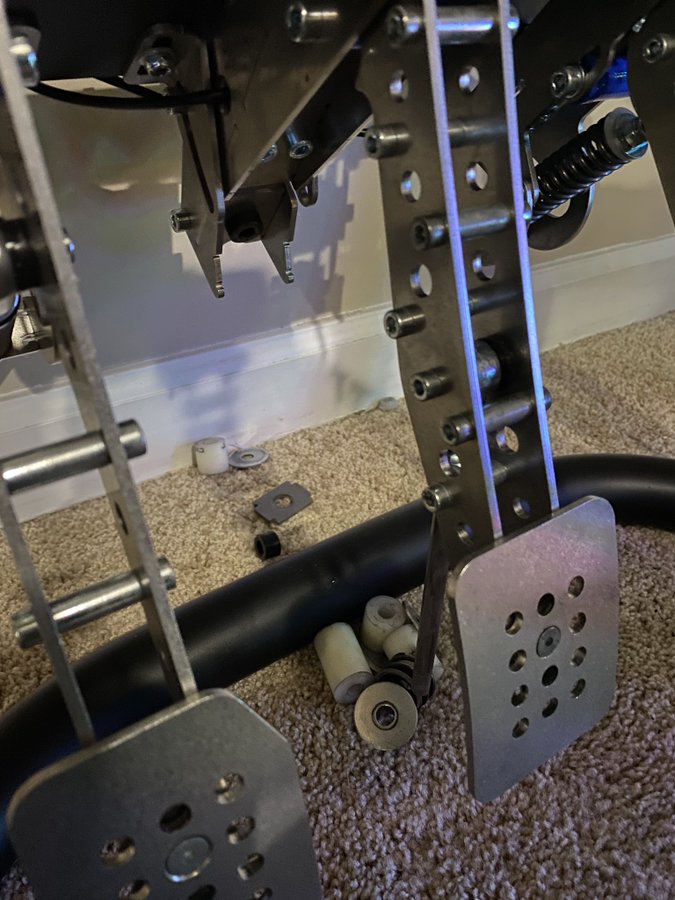 269 people are talking about this

And, speaking of Darlington, we may just have to keep an eye on Clint Bowyer, who has been keeping score, apparently.

338 people are talking about this

While technically no official points were calculated, had NASCAR-style points been counted, Timmy Hill would be the Pro Invitational Series champion. Someone get this man an awards banquet!

We are the #ProInvitationalSeries Champions! Finished 2nd in the final race at North Wilkesboro, what a fun track that is! Excited to get back to @NASCAR racing next week at Darlington now! 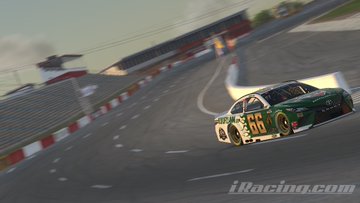 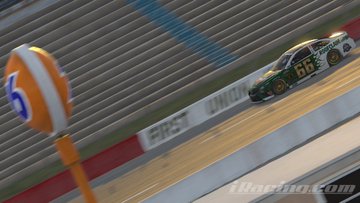 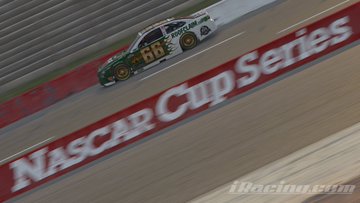 123 people are talking about this 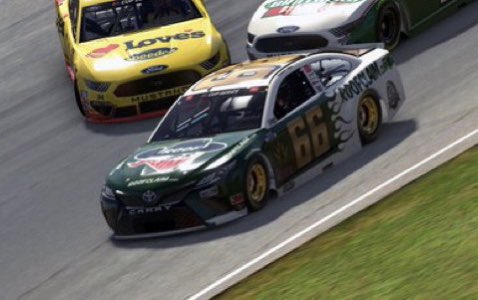 Had a blast running your car!

Jon Wood made his first NASCAR start since 2008, but he did so without audio thanks to a little help from the next generation of Woods. Whoops!

So a quick update as to why I ran like absolute poop. @RileyEWood my 7yr old took the whole “DO NOT STREAM DURING THIS RACE” too literally. Bless his heart. He took every device (including my phone) and his them. I yelled for my phone back, killed my audio on the sim. 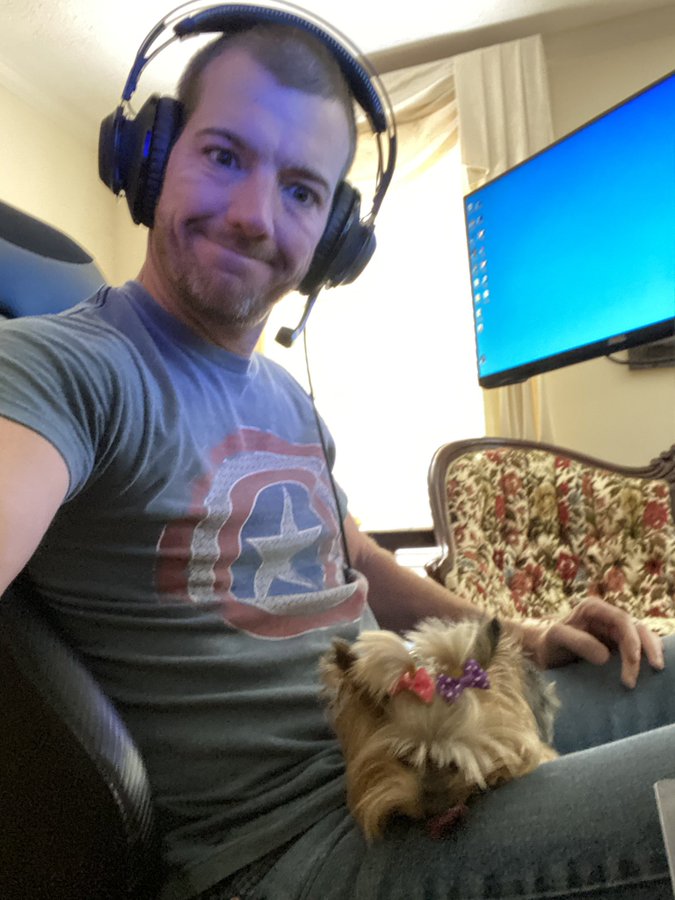 Raced the whole time with no engine sounds. My spotter and CC were on Teamspeak and I was using my iPhone to talk to him. I could hear them but they couldn’t hear me. Hardest thing I’ve ever done in my life.

Keep another eye on Brennan Poole, who may have made contact with everybody’s favorite and the reason we raced North Wilkesboro in the first place, Dale Earnhardt Jr.

We might need a security escort for @brennanpoole after this one…

But what about that heads up driving by @pkligerman to get back up through the field! 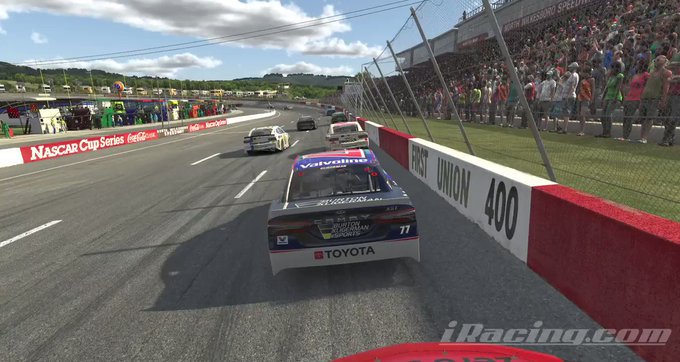 In the end, the race went to Denny Hamlin, who also won this year’s Daytona 500 and Pro Invitational Series opener. 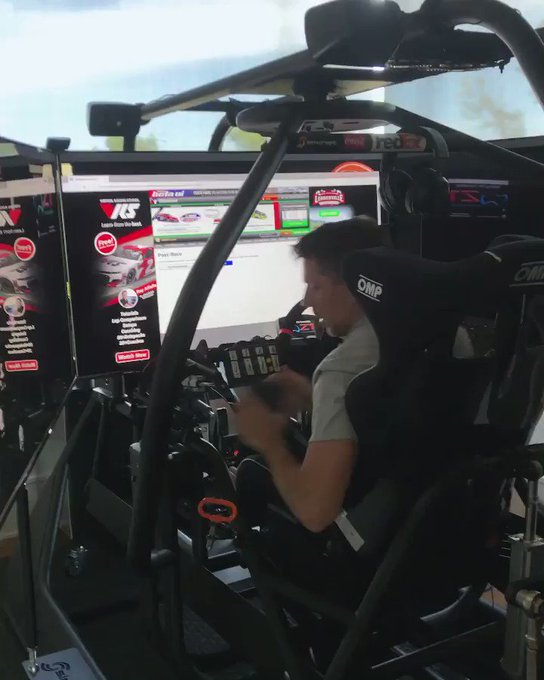 400 people are talking about this

Pretty easy to call pit strategy when @dennyhamlin drives to the front no matter what!

Ross Chastain wasn’t too pleased with Hamlin’s bump-and-run in the closing laps, paying the No. 11 a visit on the cool-down lap. 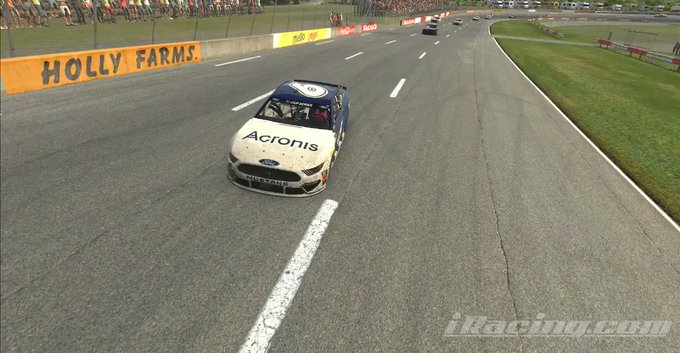 26 people are talking about this

Here’s what everybody else had to say.

(Just keep it down, though, please! Baby’s sleeping.)

Beau was unavailable for the post race commitments as he is taking a nap. 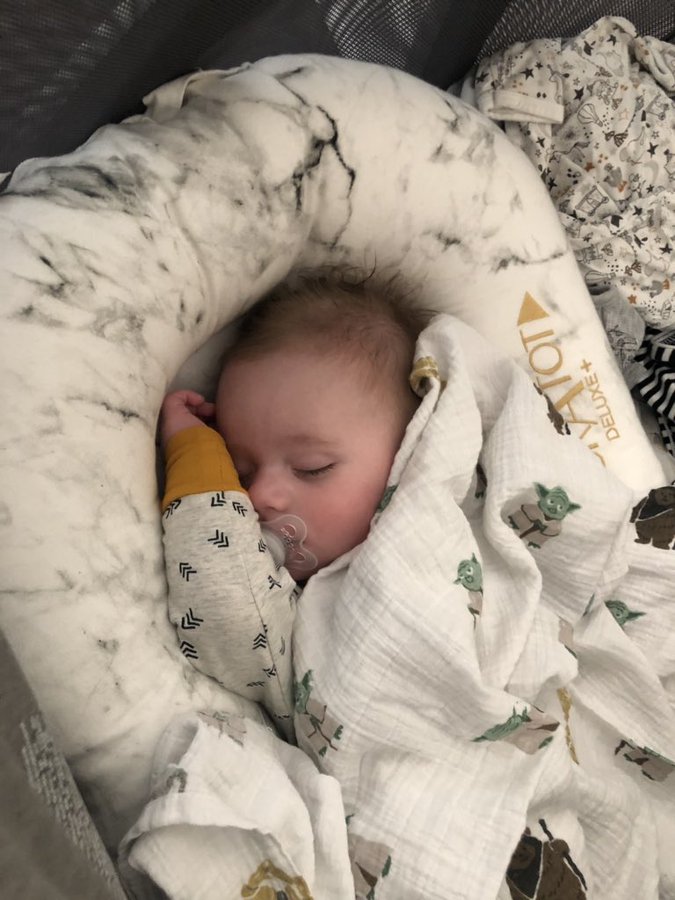 44 people are talking about this

OK. We’re whispering now. Here’s what everybody else had to say.

What a job by @iRacing, @NASCAR, and @NASCARONFOX to make this #ProInvitationalSeries so great. As the series concludes, it’s crazy to refelect on what a movement this has been for sim racing. It’s going to continue to grow and evolve and I was sure proud to be a part of it!

It’s been a blast @iRacing, headed back to the “real“ thing next weekend!! 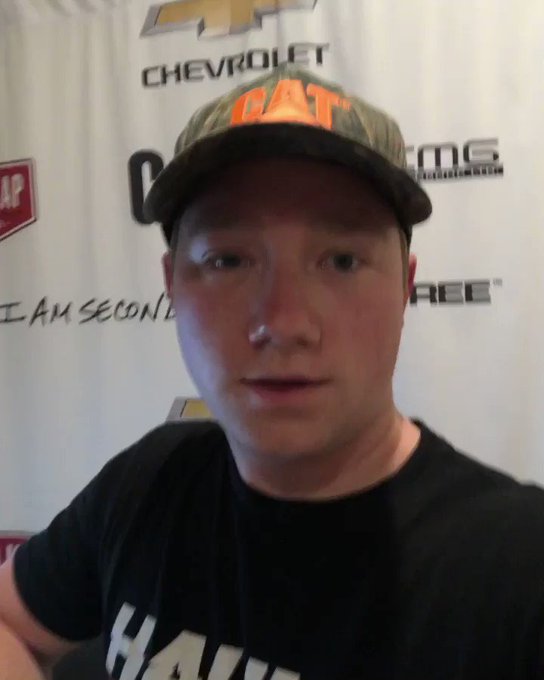 Not how we wanted this last one to go. It’s been a fun experience though. Thanks to everyone for the support over the past few weeks. Time to get back to #NASCAR. 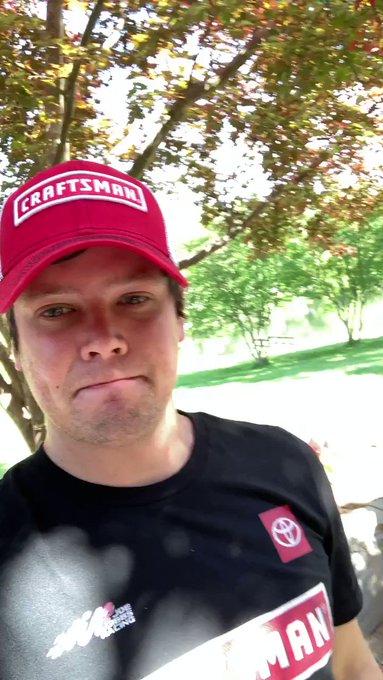 Finished P11 today. Wish I could have got a top 10 for @lbvwinery RiverBoat Red sweet red wine. I had to nurse a damaged car a majority of the race after early contact. It was fun ! Thank you @iRacing @NASCARONFOX @fs1 for today’s #NorthWilkesborospeedway event 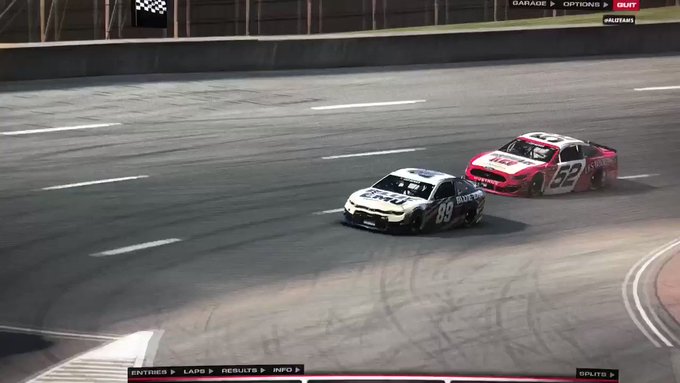 That was an epic time. Thank you @iRacing @NASCAR @NASCARONFOX & all the drivers for making these happen over the last couple weeks.

Today we battled everything including the pace car. Had speed to be in the fight but just couldn’t get to the front

We are the #ProInvitationalSeries Champions! Finished 2nd in the final race at North Wilkesboro, what a fun track that is! Excited to get back to @NASCAR racing next week at Darlington now! 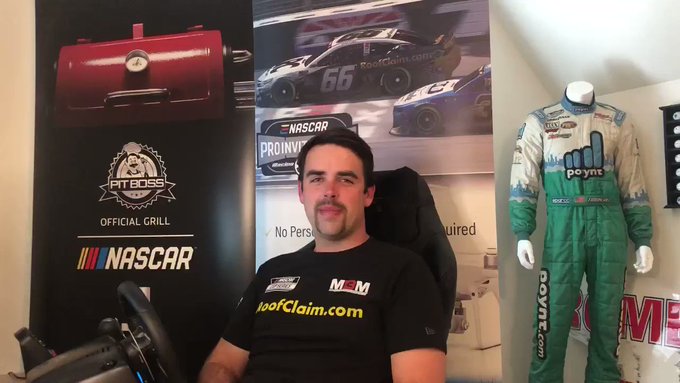 As the #ProInvitationalSeries comes to a close, I reflect on the opportunities I’ve been presented with over the past couple of months. Working with many of @chadwheeler88‘s #WR1 clients and being atop the virtual box for @KevinHarvick the last few weeks has been awesome! 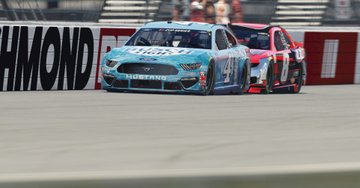 And… that’s a wrap for iRacing. 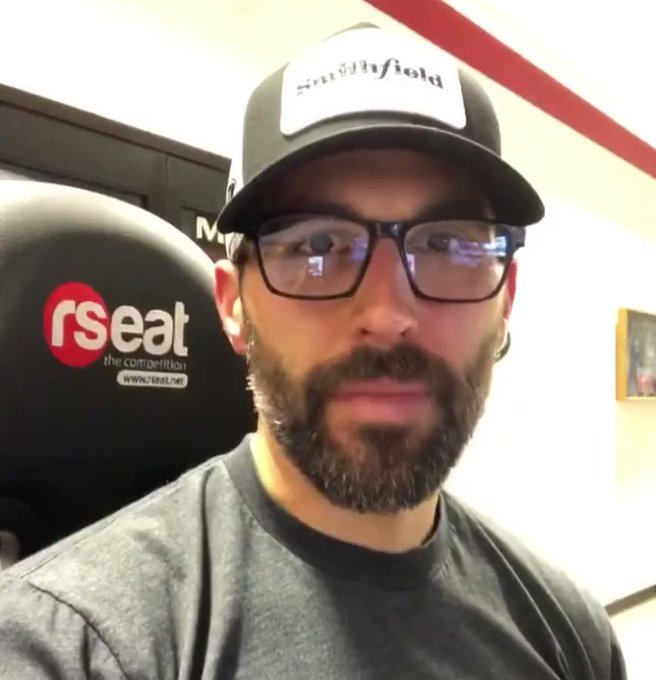 16 people are talking about this

What a cool thing @iRacing @NASCAR @NASCARONFOX and all the drivers put together! Glad to go back real life racing, but this was fun. Hope everyone enjoyed! Congrats @dennyhamlin on the win and @TimmyHillRacer on the championship. #eSports #eNASCAR @RickWareRacing @GunBroker 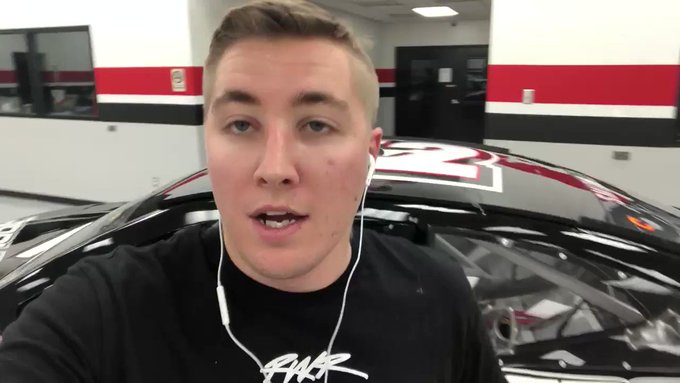 Fun day running @iRacing. Passed a lot of cars. Got wrecked a few times. A lot like real life this year. Ready to get back to racing next week! @BassProShops #TeamToyota 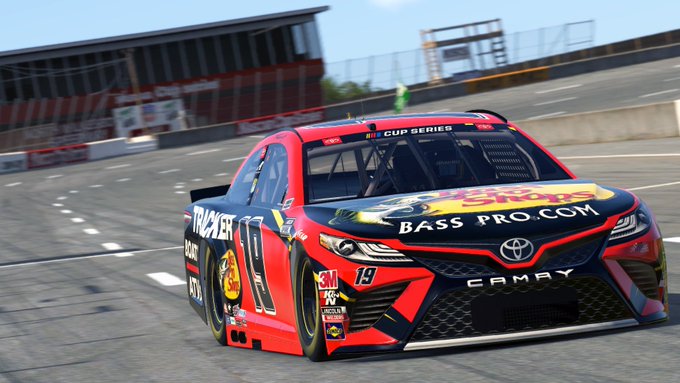 91 people are talking about this

North Wilkesboro was fun in the @hbpizza @Ford!! Now let’s get to Darlington!

Thank you @iRacing @NASCAR and @NASCARONFOX for keeping us all busy and entertained. 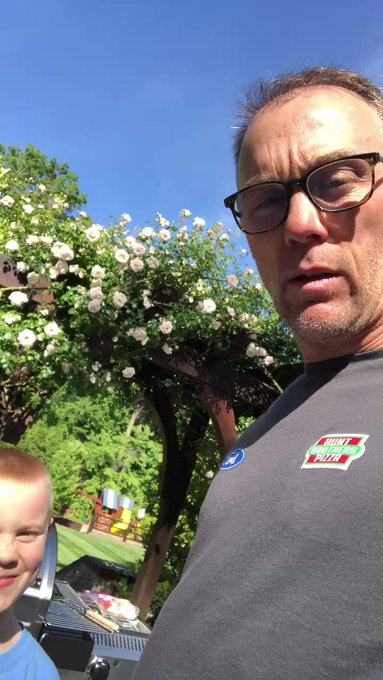 139 people are talking about this

The Pro Invitational Series has been a ton of fun, both on and off the virtual track, but now it’s time to go real racing.