It was a very busy week and historic week for eSport on a global level, ironically boosted by the debilitating pandemic sweeping the planet, with just about every league going virtual including the mushrooming world of sim racing.

History was made as Formula 1, NASCAR and Indycar opted for the virtual world to entertain their drivers and fans with NASCAR going the whole hog on iRacing with an event featuring their top guns and Indycar attracting their stars to the rFactor 2 platform running the free 2020 Indycar mod by Apex.

Relatively off the radar, our own SimGP247 projects are also booming with record entries for the HSO Kyalami Hotlaps series – run on rFactor 2 – currently featuring 1975 Formula 1 cars: March, Brabham and McLaren.

The second round has already attracted a record amount of drivers and some incredible laps with this combo in action until the end of the week.

Speedweek 1 winner Vladislav Zenkov has yet to show us what he has, thus the star of the week past without doubt was Paul Anstey who has hogged the top three spots with all three cars followed by Mark Lynn with the next three best times in the trio of iconic cars.

During the week Lynn cracked into the top three spots, which prompted Anstey to return to claim the half-time hat-trick on the HSO Kyalami server. Expect an attack on the top times in the remaining days.

Michal Janak made it three drivers in the top nine. South African Kewyn Snyman rounded out the top ten, sadly only a few fellow countrymen have shown much interest in flying the flag on their home track.

Begging the questions: Do the ‘locals’ have what it takes? If so, where are they hiding?

There is still time for drivers sitting on the fence to dust off their wheels and get into the game with this growing community.

Due to popular demand, we fired up an Assetto Corsa server and ran it beta over the weekend as an open server in the Kunos lobby. As predicted the word got out with races at the old 1966 Monza in the BMW M3 GT2 versus the Ferrari 458 GT2 a big attraction on the first day of running the combination.

These are the full day one stats: 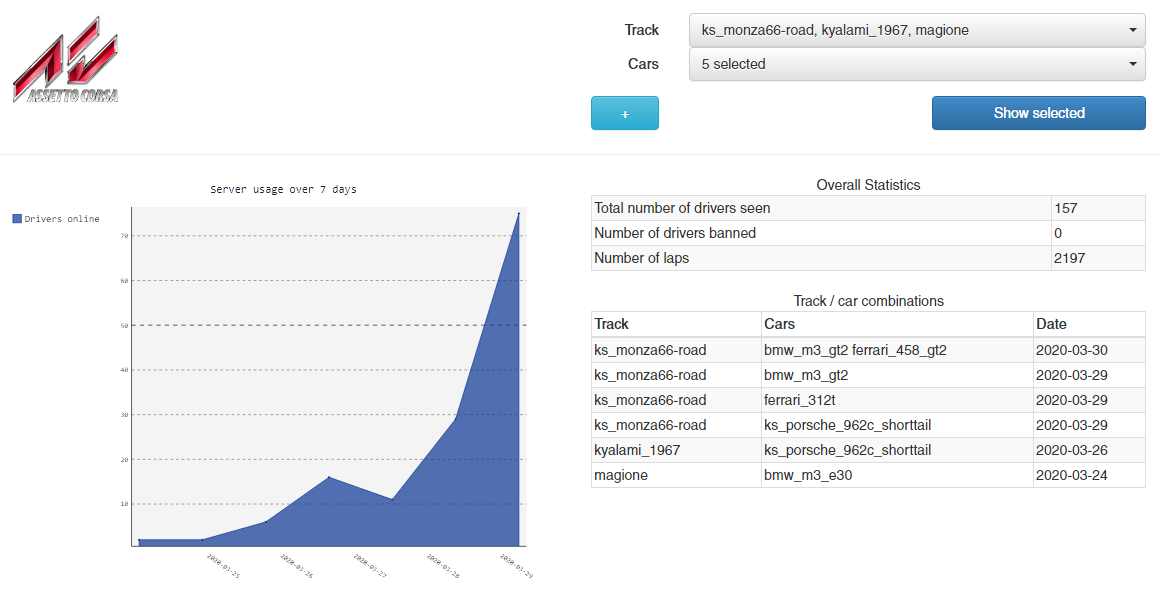 The Assetto Corsa GP247 server has no password for as drivers are invited to try out and, if the pick-up races get too rowdy, we will password the server. But in general, the short-notice pick-up racing has been clean with few wreckers on the prowl.

The track is easy to learn, but very difficult to master while the cars are solid and good to learn the basics. The car types/makes will be rotated daily until an ideal combo of track and cars is reached by the expanding community.

Unlike the South African community with their home track, the Italian community have embraced Monza of the sixties before the chicanes castrated it forever, and several are well into the top ten times set during the early days of running the server.

For now, its, qualifying followed by short 8 lap races with Kunos original cars (no mods for now) as we get the GP247 AC community up and running.

Here’s the leaderboard after a couple of days at Monza 1966: 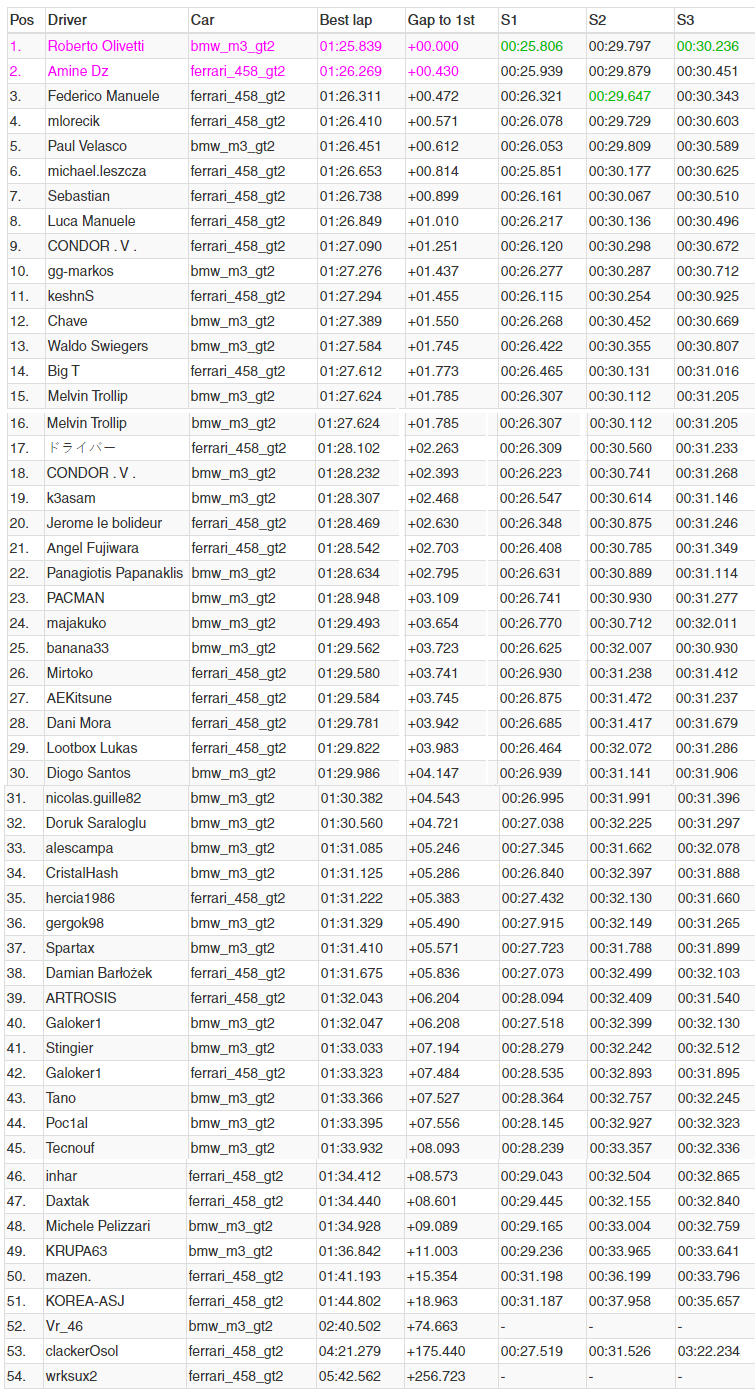 Nicknames allowed on the open server.